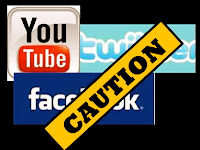 Last week this page talked about how climate denier lobbyists control the message and manipulate public opinion. One of the ways was to take over Facebook pages so that they can promote falsehoods and block accurate science. This post discusses one of the more egregious examples of a page that promotes fake news related to climate.

Facebook allows anyone to set up a Group, and there are many climate change related groups that are worth visiting (see list at bottom of this post for examples). But there are other groups purporting to be about climate change that are really veiled ideological pages to promote lobbyist talking points. These denial-promoting pages can even have a large membership and high activity. There is a reason for that.

I won't promote the page here by naming it but there is one group in particular so embarrassingly denialistic it's hard to imagine why the administrators aren't more adept at hiding that fact. This particular group page provides a good example of what to watch for when judging the veracity of the owners and information.

The administrators are all blatant deniers: Before joining any page on Facebook, or immediately after joining if that is required to view the page, check out the administrators. Go to the Members tab and then the Admins subtab. Look at the Admins' background and watch what they post on the group page. See how they comment on other people's posts. For the exemplar page, the half dozen administrators are all vehement deniers. None is a scientist. One alludes to being a construction worker, part-time disk jockey, and wannabe pool shark. Another admits to being a right wing British political operative. Another is a self-avowed denier of science and possible paid lobbyist, routinely promoting the most ignorant and obvious falsehoods on his own webpage for dummies. Another is a retired guy who posts random anti-climate science gibberish just to antagonize people. At least one Admin has used multiple sock puppets (fake accounts) to engage in personal attacks against those they don't like.

The administrators believe in a global conspiracy of scientists: The Admins routinely dismiss the IPCC, NASA, NOAA, all the world's National Academies of Sciences, all the world's major scientific organizations, virtually every climate scientist on the planet, 100+ years of unequivocal published science, millions of empirical data points, and the well-known basic physics of the greenhouse effect as some sort of "hoax" perpetrated on the global populace. Oddly, the only people who seem to have noticed this "hoax" are fossil fuel and libertarian lobbyists and their spokespeople, plus a bunch of ideological and political hacks who can't seem to understand even the most basic science.

The administrators rely on lobbyist and conspiracy blogs as their sources of "science": While dismissing scientific organizations as "biased" and "fraudulent" and "incompetent" (somehow they can be incompetent and yet simultaneously carry out the world's most intricate fraud ever imagined), the administrators routinely rely on random blogs by non-scientists as the ultimate sources of information. I've seen the Alex Jones InfoWars (a demented conspiracy nutjob blog) cited as a source by Admins. I've seen the Admins cite a satire blog. I've seen them cite the usual round up of lobbyist-fed denier blogs, all of whom have been shown to get it wrong (on purpose) every single time. Yes, Every. Single. Time. So if the Administrators of the page are getting their information from debunked sources and posting many times debunked talking points, then clearly the page is not going to be reliable. Worse, the Admins and their preferred ideological commenters don't seem to ever read their own sources. Every single time they've cited a non-lobbyist source, their own source proves the Admins wrong. Again. Every. Single. Time.

The administrators selectively abuse the posters and commenters: Despite creating the rules of the group professing that "rudeness, threats, excessive profanity, personal insults, or any inflammatory comments" will not be tolerated, the Admins themselves are the ones who routinely engage in profound rudeness, repeated threats, common profanity, egregious personal insults, and constant inflammatory comments. Furthermore, these are directed solely at pro-science, honest, knowledgeable commenters while anti-science, dishonest, and ignorant commenters are encouraged to join the Admins in personally attacking those they dislike. Comments explaining why these latter are wrong, no matter how gently presented, are chastised and commenters berated while the most vehement and vitriolic personal attacks by deniers are met with "I see nothing wrong with how he is treating you."

The administrators harass knowledgeable commenters: In addition to outright abuse, the Admins use other means of harassing commenters. For example, comments are arbitrarily deleted. In one case, a comment and link was deleted by an Admin, claiming "you just linked the same thing twice. I have taken the liberty in deleting your oversight." The links, of course, were not the same, which anyone who had bothered to open them (or even just read the titles) would have seen. Given the constant repetition by anti-science commenters and lack of "taking the liberty" to correct their "oversights," the action was intended entirely as an attempt to intimidate the commenter and show that the Admin had ultimate power to do what he wanted. Admins in that group have arbitrarily and repeatedly removed commenters and posters who proved the Admins wrong, or merely provided accurate science. When the Admins can't handle accurate information (in part because it makes them look foolish and ignorant), then you know the page is actively dishonest.


There are more traits to watch out for when assessing the veracity of a given Facebook page. The key is to watch for sources used, the prevalence of propaganda, and the behavior of the Admins. That particular page was taken over by lobbyist-fed (and perhaps in one case, paid) propagandists, none of whom is a scientist (yet "just know 100 years of science is a lie"). Pro-science Admins were purged. Ideological followers were solicited, especially from the Rupert Murdoch-influenced heavy denier political and lobbying organizations in Australia and New Zealand, to artificially bump up the membership numbers. The actual number of commenters is low, usually the propagandist Admins and their selected ideological attack dogs, plus a few honest and informed people that are willing to put up with the harassment for a while before getting fed up and leaving.

Some of this bullying behavior by Admins is just mental insecurity, an effort to boost their apparently childlike egos. But much of it is intentional deceit to promote falsehoods, either through ideological blindness or intentional propagandizing. It's clear the most active Admins on the page are well loved by the fossil fuel and political lobbyists who count on the willful and unskeptical ignorance of amateur deniers to saturate the blogosphere with their false talking points.

Facebook and similar post-and-comment sites encourage conflict on purpose. Reacting and commenting keep the post "live" in the feed, and people on these pages (both anti- and pro-science) have an amygdala-led propensity to argue. This is why the Admins routinely break their own rules by engaging in abuse, posting multiple antagonistic statements to encourage dissent, and quickly saturating the feed with posts ranging from irrelevant sound bites to photos of their families or backyards whenever an accurate pro-science piece is posted. The goal is suppression of science, promotion of false talking points, and a rather pathetic assertion of the illusion of power.

Luckily, there are climate related Facebook pages that are worth visiting. Of course, each post must still be assessed using critical thinking, but these pages generally provide actual science and keeping out the trolls. Note that some are closed and you must request membership approval.

Okay, these are just a few. You can search "climate change" on Facebook and find many more pages, but definitely do some research before joining. Once you're there, poke around to evaluate the Admins, see what kind of people are posting, and take a look at the activity - is it respectful, focused on science, and informational...or is it a hotbed of insults, posts from WUWT and other lobbyist-fed denier sites?

All that said, Facebook is generally not the place you want to be getting informed about science. Its algorithms reward argument and conflict because that has a direct relationship to the profitability of the medium itself. As we saw during the last presidential election in the U.S., the prevalence of fake news on Facebook disinforms more than it informs. This intentional promulgation of disinformation has been fought by climate scientists for many years, so it isn't a shock to any scientist how lobbyists intentionally manipulate public opinion with dishonesty and falsehoods. It is every person's responsibility to become accurately informed before making choices. Facebook can play a role in that, but it shouldn't be the sole source of information. Read the science sites like NASA, NOAA, IPCC, etc. Do your homework.
Posted by The Dake Page at 10:38 AM

Edwin Drake was the first oil man. I'll bet these dummies regret having the same name.

I think you are mistaken. You have very successfully described the climate alarmist sites.

I regularly post to a couple sites and only posts that I have verified. I have also taken other posters to task when they post something that I consider bs. I have never been taken to task for such comments. I have tried to post to alarmist sites (a couple that you have listed) and have been blocked by them. They don't allow dissent.