How Climate Deniers Control the Message 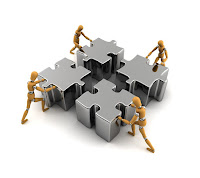 In lobbying, the goal is always to control the message and manipulate public opinion. Climate deniers work hard to control the anti-science message by using the same techniques and tactics used by the tobacco companies to steer public views. As technology has advanced, these lobbyists have adapted to the new media, including Facebook, which now seems to be the main source of (real or fake) news for many people.

1) Continuously assert a grand conspiracy where the "mainstream media" (i.e., actual journalists) and "alarmists" (i.e., actual climate scientists) and "political people" (i.e., actual honest people) are part of a global, multigenerational conspiracy to promote some sort of "hoax." The goal is to erode public faith in the scientific and peer-review process. If people don't trust the scientists, people will be open to alternative views. Despite the ridiculousness of the conspiracy assertion, lobbyists know it works.

2) Discredit the communication process: This has to happen before the lobbyists can insert an alternative source of information, i.e., their manufactured false talking points. Since these talking points are immediately debunked by scientists and honest media outlets, lobbyists make sure to delegitimize any outlet that provides accurate science and/or debunks deniers' incorrect information. This is why denial lobbyists constantly attack the IPCC; the IPCC periodically puts out definitive reports summarizing the state-of-the-science, so they must be neutralized by the lobbyists. Ditto for why lobbyists constantly - and falsely - claim NASA, NOAA, and every other scientific organization have somehow falsified the data. They haven't, and lobbyists know this, but they must delegitimize all real scientific sources in order to make room for their non-scientific talking points.

3) Feed Falsehoods to the Blogosphere: There is a reason that denier lobbyists fund disinformation sites like CFACT's "Climate Depot" and "WattsUpWithThat," the climate equivalents of "Fox News." Lobbyists know that plenty of ideologues will gladly plagiarize whatever is fed them via these and other paid denier sites and post it without any kind of understanding on their own copy-cat blogs and Facebook pages. Within minutes or hours, any Google search will bring up dozens of these false and plagiarized blog posts. Since most people don't go beyond the first page of any Google search, all that appears to the public are the false talking points, not real science. This is also why the denier lobbying industry promotes every random non-science ideologue who claims to have exposed the grand conspiracy (see #1). Blogosphere saturation in itself is a goal. Lobbyists know that ideologues neither understand nor care that they don't understand. All these ideologues know is that the denier attacks, no matter how ridiculously false, support their preferred narrative. So they unskeptically repeat it.

4) Taking over the "New Media": As suggested above, denier lobbyists have been quick to maximize the power of the "new media," like blogs and Facebook. Unlike traditional journalistic outlets who vetting for truthfulness prior to publication or broadcast, the new media tends to "post now, vet later" as a means of beating the competition to the punch, no matter how false that punch is. Lobbyists love this. They know they can saturate the media with falsehoods and by the time the falseness of those falsehoods is provided in response, the falsehood is ingrained in ideological minds. [Think: A lie can travel halfway around the world while the truth is putting on its shoes.] No amount of correct information will ever change the mind of someone who has latched on to the original falsehood because it would mean acknowledging being hoodwinked. People don't like feeling they were played for fools, so to avoid that feeling they simply ignore anything that proves them foolish. It's called willful ignorance, and it's rampant on social media. Again, lobbyists love this. They don't mind manipulating people; it's their business.

5) Taking over Facebook pages: The newest variation on the above is the intentional commandeering of climate-related Facebook pages. This began with ideologues and amateur trolls spewing nonsense and insults all over comment threads, expanded into lobbyist-paid trolls intentionally disrupting these comment threads and posting propaganda, and now includes climate deniers taking over administrative control of the pages themselves. One Facebook page purports to offer a "friendly discussion environment" but is owned and administered by blatantly biased deniers who routinely break their own rules of decorum, allowing denier attacks on scientists while berating anyone who provides accurate science or rebuts their grossly inaccurate propaganda. As "Admins" they cannot be blocked, yet routinely throw anyone debunking them off the page, no matter how polite that rebuttal. In this way they 1) control the message (i.e., intentionally promote denial while intentionally deleting accurate science) and 2) stroking their own fragile egos and mental insecurities.

6) Repetition and KISS: Lobbyists know that too much information gets overwhelming and isn't processed. Keep It Simple, Stupid (KISS) is the watchword of lobbyists. The shorter the soundbite, the more persuasive the message. This is especially true in these days of constant stimulation via instant electronic media. So provide a sound bite (e.g., "Emails!" "Hoax!!!") and repeat it over and over and over and over and over. And then over again. When caught in a lie, repeat the lie even more emphatically. This past election shows how doubling down on falsehoods, a form of gaslighting, means honest people are constantly on the defensive while others repeat known falsehoods as if they are true. Over time the public assumes the falsehood must somehow be true (after all, I keep hearing it, right?). This technique has been used by climate denial lobbyists for a long time, just as it was used by the tobacco denial lobbyists and acid rain denial lobbyists and ozone hole denial lobbyists (who, not surprisingly, are often the very same lobbyists). This is what lobbyists do.

This past election reveals something else of concern. Now that the extreme right wing zealots are in political power, the KKK, neo-Nazis, white supremacists, and general bigots all feel empowered to act out their bigotry more publicly. To them, it's now okay to show their racism freely. Climate deniers find themselves in a similar position of power. Besides clamping down on climate communications by science agencies, the new administration has put several climate deniers in cabinet positions. From these perches they will work hard to "control the message" of denial via abuse of their political positions. This was done before in the Reagan and George W. Bush administrations, both times backfiring on them. Despite their efforts to suppress it, the science doesn't change because political people lie to the public and abuse the public trust. No matter how much climate denier lobbyists in the administration try to ignore the science, the science doesn't go away.

So climate denier lobbyists will continue to try to control the message even as the science becomes more and more unequivocal. The climate is warming and humans are the dominant cause of that warming. That fact is still fact and will remain fact no matter how much lobbyists and political hacks deny it.

It's up to all of us to make sure the facts of climate aren't lost in the intentional denial machine's attempt to suppress that message.
Posted by The Dake Page at 10:34 AM 3 comments: