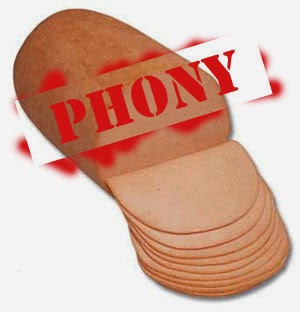 Whether we think about it or not, we live in a scientific world. But with so much information out there it's sometimes difficult to separate the actual science from the pseudoscience, or worse, the crock. Especially when there are people out there who intentionally mislead the public on such important science issues as man-made climate change.

The science is clear - human activity is causing our climate system to warm. The support for this is voluminous and unequivocal. But, you say, "I saw on a blog that said it was all a hoax. How do I know who to believe?"

A reasonable question, and one easy to address. Take, for example, the following video by Michael Shermer, an actual skeptic. In something he calls the "Baloney Detection Kit" he lays out ten questions everyone should ask themselves as they evaluate various claims. This interesting and informative video can help us understand the world of climate denialists, so watch it and then check out the text below.


As the video shows, there are 10 questions to ask ourselves when someone offers a new theory or opinion. Let's apply these to man-made climate change, also commonly called global warming.

1) How reliable is the source of the data?

The scientific consensus: Sources are tens of thousands of studies published in the peer-reviewed literature and conducted by thousands of researchers over more than three decades of investigation by scientists at every kind of scientific organization (government, independent, skeptic, NGO, University, industry, etc.) all over the world.

The denialists: Sources are mostly non-science bloggers, Op-Eds in business newspapers, and a handful of skeptic scientists associated with free market and fossil fuel lobbying groups.

2) Does the source make similar claims?

The scientific consensus: Science is always open to new ideas.  That is how science works.  All new ideas undergo the same tests of evidence and scrutiny.

3) Have the claims been verified?

The scientific consensus: All claims must meet the test of scrutiny - peer review, replication, many other experiments looking at the issue from many different angles. Claims of man-made climate change have been verified through multiple lines of evidence.

The denialists: Any single "data" point is touted as the truth that upsets the established understanding, even long after the "data" has been shown to be misunderstood, misrepresented, or an outright fabrication.

4) Does this fit with the way the world works?

The scientific consensus: The idea that CO2 could have the effect that was discovered is entirely logical and consistent with how the world works. It has been demonstrated through experiment and empirical evidence.

The denialists: Some of the claims are so bizarre and so divorced from the way the world works that the logic is hard to follow, e.g., the claims that the well known greenhouse effect is somehow false despite nearly 200 years of evidence.

5) Has anyone tried to disprove the claim?

The scientific consensus: Scientists constantly are looking at alternative explanations. The author and/or every other scientist in the field will try to test whether other explanations would also explain the phenomena being observed.

The denialists: This is best summed up by a direct quote by one denialist: "I and all of skeptic science has [sic] cherry picked the facts that disproves that man made C02 is the cause of global warming. We don't need any others."

6) Where does the preponderance of the evidence point?

The denialists: Bloggers and skeptic scientists associated with free market lobbying groups who suggest one study is enough to invalidate the preponderance of the evidence.

7) Is the claimant playing by the rules of science?

The denialists: Tendency to ignore any data that do not support their predefined view, including all the information presented that demonstrates their "data" are false.

8) Is the claimant providing positive evidence?

The scientific consensus: Climate scientists have provided many decades of positive evidence in tens of thousands of peer-reviewed studies, corroborated by observations of ice melting, glaciers receding, temperature changes, etc. The most recent IPCC assessment reports summarize this positive evidence in detail.

The denialists: Most of the "evidence" provided is unsupported by the data, usually unverifiable, and contradictory. Often what is presented as evidence is not actually evidence but rather a political or economic viewpoint, e.g., global warming is a hoax because cap-and-trade will cost companies money

9) Does the new theory account for as many phenomena as the old theory?

The scientific consensus: As noted, climate scientists have compiled many decades of evidence that account for the changes we have been observing.

The denialists: Mostly focus on anomalies and seem to think that these few uncertainties explain everything, when in fact they simply ignore anything that seems not to fit their predetermined ideas.

10) Are personal beliefs driving the claims?

The scientific consensus: As the video notes, scientists are people too. Which is why we have peer-review and the scrutiny of other scientists who may view the issue from a different perspective.  The data tell us which conclusions are supported.

The denialists: Mostly begin with a distaste for one of the policy remedies and then decide to "fight the science" as a lobbying tool to avoid regulation. They then cherry pick to find any information that they think supports their crusade to avoid regulation (by denying the science). This helps explain why the most cited "skeptic" scientists are all associated with free market lobbying groups, and why we routinely hear denialists say things like "climate change is wrong because cap-and-trade is just a tax on business."

Feel free to go back and view Shermer's "Baloney Detection Kit" again. These ten questions should be asked by every citizen evaluating for themselves the claims made by scientists and denialists. In fact, that last line is a good indicator of the veracity of the claims - virtually all climate scientists (along with the realities of physics) concur that the preponderance of the evidence overwhelmingly support the conclusion that human activity is warming the planet. Those who claim man-made climate change is a hoax? Mostly they are non-scientists and free market/fossil fuel-supported spokespeople.

That says a lot.
Posted by The Dake Page at 9:45 AM No comments: Links to this post