An Open Letter to Media Matters about How to Interview a Climate Change Denier: Marco Rubio Edition 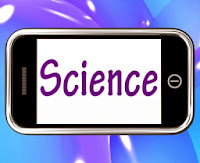 The media routinely enable climate change denial and misinform the public. A recent article by Media Matters of America touted "how to interview a climate change denier," using two media interviews of Marco Rubio. Media Matters suggested that Jorge Ramos's interview was effective while Bob Schieffer's was not. I disagree. In fact, both represent profound failures in journalism.

Take a moment to watch the two videos in the Media Matters article here. Each video is less than a minute.

Media Matters correctly notes that "Schieffer allowed Rubio to again deny the science of climate change with no pushback." However, Media Matters then suggests "In contrast...Ramos emphasized that '97 percent of the studies on climate change say that you are wrong.'"

Somehow to Media Matters the Ramos interview constitutes "pushback." Here is why Media Matters is absolutely wrong, and that it does a disservice to the public by suggesting Ramos's interview is a model for future interviews.

Schieffer clearly lets Marco Rubio sling his talking points without any kind of challenge, then races to the next topic - gay marriage - to presumably do the same thing, and then to the next topic to do the same thing. Politicians like Rubio (and all the other candidates) count on never having to support their talking points...even when they clearly are as dishonest and illogical as Rubio's.

But Ramos does exactly the same thing as Schieffer. Sure, Ramos in his question does state that 97% of climate scientists say Rubio is wrong, but then Ramos goes right ahead and lets Rubio rattle off his almost verbatim talking points. Ramos doesn't challenge Rubio to support the false statements just made; he simply rushes off to the next topic (again, gay marriage) to give Rubio a chance to spout his meaningless talking points on that one too.

I'm sorry, Media Matters, but you've failed here as much as did Schieffer and Ramos. In both cases the reporter gave Rubio a set up line and then didn't bother to critique the veracity or logic of Rubio's well-rehearsed falsehoods and platitudes.

Here's what should have happened:

Schieffer/Ramos: "But Mr. Rubio, 97% of scientists say you're wrong. Also, your statement that 'the climate is always changing' is a platitude with no meaning. What scientists have clearly stated is that more than 100 years of science unequivocally shows that human activity is warming the climate system. As someone who wants to be president, you would be obligated to deal honestly with the policy implications of that science. Now, Mr. Rubio, are you saying you deny the science that 97% of climate scientists agree shows unequivocal human drivers of man-made climate change?"

[Later, after Rubio has tied his tongue in knots trying to pander to science deniers without actually blatantly lying, Schieffer/Ramos would ask how Rubio can be so uncertain about the unequivocal science while simultaneously being able to say a policy on climate change originally pushed by conservative Republicans would 'with certainty' result in 'economic devastation.' The illogic and contradiction of his responses could be further explored in additional follow up questions.]

By touting Ramos's simple statement of fact during the preamble to the question as "how to interview a climate denier," Media Matters misses completely the need for journalists to challenge the talking points of the candidates, not simply let them read them off their memorized cue cards without having to support anything they've said.

Instead, I would suggest the following few points for journalists and Media Matters to consider for the ubiquitous interviews and debates with climate deniers seeking the presidency (or any political office):

1) Challenge falsehoods: This may seem obvious for journalists, but in this age of corporate-owned, ratings-driven, news-entertainment, most journalists are not even journalists at all. While we can't expect partisan pundits to honestly evaluate the candidates, the public has a right to expect news networks and news-evaluation websites to challenge obvious falsehoods and misdirections.

In the "what should have happened" example interview above, Rubio's platitude about the climate always changing should be called out as exactly that - a platitude with no meaning. His statement that he/we don't know how much warming is due to human activity should be called out on two aspects: a) for contradicting his "climate always changing" platitude, and b) for being blatantly false. His bait-and-switch to disagreeing with policy implications should also be called out on two aspects: a) for being an obvious attempt to deflect from his denial of the science, and b) an utterly ridiculous statement unsupported by any facts. Rubio should than have been asked to provide some evidence for his obviously false statements, along with what sources he is relying on.

2) Don't switch topics: In both interviews the journalist spent less than a minute on climate change, then switched topics without challenging Rubio's statements. That is exactly what the candidates want, and the media is glad to oblige because they want to cover as many topics as they can squeeze into the sound bites they believe their viewers are only capable of handling. The result is that the media allow the candidates to intentionally misinform the public while supporting nothing they say with any factual evidence. Which gets us to what really needs to happen.

3) Do focused interviews: Believe it or not, most Americans are capable of listening to more than 40 seconds on any given topic. Rather than squeeze six topics into a five-minute interview, spend the entire interview on one topic. There will be dozens of opportunities for any network to interview each of the more viable candidates, so why repeat the same meaningless interview dozens of times? If you have only five minutes to interview a candidate, focus the entire five minutes on climate change. If you can get 15 minutes on climate change, even better.

For longer interviews, say, for an hour, perhaps invite two or three (or ten) candidates at the same time and have a discussion on climate change. Other topics would also be given focused attention in subsequent interviews, which candidates are always willing to do because it is free advertising for their campaign.

As I close this open letter I note that it is mostly directed at journalists, non-journalist interviewers (the now ubiquitous "on-air personalities"), and journalistic watchdog groups such as Media Matters. But here is another suggestion - involve scientists in the interviews. Not just as interviewees, but as interviewers. Let a climate scientist interview Marco Rubio. I don't mean "debate him," I mean interview him. Or let other science journalists/communicators (e.g., Chris Mooney, Sheril Kirshenbaum) interview the candidates.

This latter idea isn't new. In 2008 and 2012, and now again for 2016, there is something called ScienceDebate. Touted on their Facebook Page as "a nonpartisan, nonprofit dedicated to raising the profile of science and technology policy issues along the U.S. presidential campaign trail," ScienceDebate is one way in which climate deniers running for president would be compelled to support their positions - and have their platitudes, falsehoods, and intentional misdirections challenged with actual facts.


With critical action on man-made climate change necessary, the media will have to do better when they interview climate change deniers running for the highest political office in America.
Posted by The Dake Page at 10:15 AM No comments: Links to this post