The Incoming Administration is Even Worse Than Expected for Climate Science 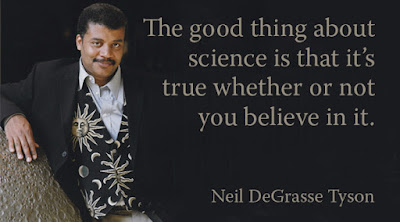 Prior to the recent U.S. election this page noted "the last gasp of climate denial groups." It seems denial lobbyists are now guarding the hen house. The shocking election result brings with it expectations of climate denial, deceit, and defunding of science organizations. And it likely will get even worse.

To begin with, the person selected to head the EPA transition is Myron Ebell, chief anti-science lobbyist at the Competitive Enterprise Institute. Similar anti-science lobbyists are in charge of transition for the Departments of Energy and Interior. Likely EPA administrators have been narrowed down to fossil fuel state politicians intent on gutting EPA health and safety regulations. Many senior EPA staff have suggested they won't remain in an agency led by anti-science lobbyists.

The new administration has already indicated it will abuse its political power to suppress science and push conspiracy theories. The climate science budget at NASA (and likely NOAA) is expected to be slashed. As with all Republican administrations and Congresses, their choice is always to cut funding of science research so that research can't continue to demonstrate the dishonesty of science denial.

With Republicans controlling both houses of the legislative branch, the entire executive branch, and likely to stack the judicial branch for decades to come, Americans are faced with an anti-American plutocracy in charge of the country.

All of this, of course, will hurt all Americans, including those people who voted for the Republican ticket because, well, not because they are racist or bigoted, they say, but because, well, because, um, something about the high cost of health care.

Health care costs will immediately go up as the new administration cuts out competition and throws at least 15 million people off insurance rolls.

So much for that. Congratulations, America, you got played.

Because of the ignorance of voters across the world (think Brexit, the 2016 U.S. election, and the upcoming French elections), we are now faced with significant regression of humanity. Scientists will be required to continue research with even more limited budgets, face accentuated anti-science lobbyist power, and deal with a populace that seems incapable of connecting actions with consequences. Just ask all those Republican voters now complaining that Republicans will kill their health insurance, take away their medicare, and destroy social security.

Somehow scientists have to find a way to reach out to the public. That job just got a lot harder.

Meanwhile, the climate continues to warm (2016 will set a new heat record for the third year in a row) and humans continue to be the dominant cause of that warming.

To quote Neil deGrasse Tyson, "The good thing about science is that it's true whether or not you believe it."

Time to get to work.
Posted by The Dake Page at 6:40 AM No comments: Links to this post