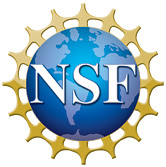 In a period called "The Great Dying" that occurred about 250 million years ago, around 90% of all living species disappeared, that is, they went extinct.  The authors of a new study published in the Geological Society of America Bulletin show a strong likelihood that this huge mass extinction was at least in part due to massive volcanic eruptions in Siberia.  Still, the authors note that this process "phased in over hundreds of thousands of years."

"The world revealed by their research is a devastated landscape, barren of vegetation and scarred by erosion from showers of acid rain, huge "dead zones" in the oceans, and runaway greenhouse warming leading to sizzling temperatures."

So what caused the changes that led to the extinction of most of life on Earth?  According to the researchers, volcanic lava flowing "through a large coal deposit...released lots of methane when it burned through the coal. Methane is 30 times more effective as a greenhouse gas than carbon dioxide."  And that set the stage for a massive greenhouse effect that overwhelmed the natural balance.  According to researcher Thomas Algeo:

"We're not sure how long the greenhouse effect lasted, but it seems to have been tens or hundreds of thousands of years."


For more information, see the NSF press release.
Posted by The Dake Page at 3:34 PM No comments: Links to this post