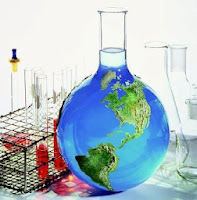 The House Environment and the Economy subcommittee chaired by Representative John Shimkus (R-IL) is expected to begin specific evaluation of the bipartisan TSCA reform bill introduced earlier this year in the Senate by the late Frank Lautenberg (D-NJ) and David Vitter (R-LA). I'll link to the committee hearing page when it is listed, but right now it appears to be set for Wednesday, November 13, 2013.

The Senate bill, called the Chemical Safety Improvement Act (CSIA), was a surprise introduction, coming only a month after Senator Lautenberg had introduced the latest version of his own TSCA reform bill. Lautenberg had been a staunch advocate for chemical safety, working tirelessly since 2005 to reform the 37 year old law. He died shortly after the CSIA was introduced, leading some to suggest that his was pushed into agreeing to a bipartisan bill that is clearly much more industry friendly than his own bill.

At least two dozen Senators - split roughly equally between Democrats and Republicans - have signed on as co-sponsors to the CSIA. Several hearings in the Senate and House occurred earlier in the summer but no action has been taken recently given distractions such as summer holidays and the arbitrary government shutdown.

The fact that the House will take up review of the bill suggests that there has been behind-the-scenes effort to move the bill along. Industry loves the bill because it avoids any significant across-the-board data requirements (such as those required in Europe's REACH program). Environmental and health advocates are split on the bill for that same reason and others, but most acknowledge that this bill does make improvements over the Toxic Substances Control Act it is designed to replace.

As the process moves forward I'll have more on the bill, its pluses and minuses, and its likelihood of passage. Right now it's the only game in town. The question remains - is it the right game?

One news report on the upcoming hearing is at The Hill. The hearing will be announced on the committee website.
Posted by The Dake Page at 8:30 AM No comments: Links to this post