"Epic Fail" in Communications - Dealing with Chemicals in an Emergency 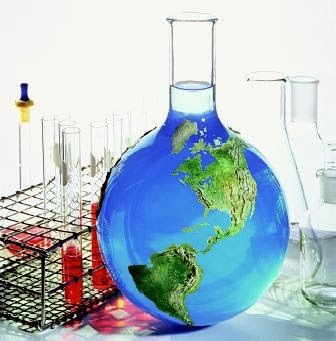 Chemicals are all around us. Mostly they make our lives easier. Without them our lives would be, in many minds, primitive. But sometimes chemicals suddenly become a bad thing. Like the West Virginia spill that dumped a chemical known as MCHM into Elk River and contaminated water supplies for weeks. The spill reemphasized the importance of having good emergency response plans and communication. It also reemphasized that such plans and communication are woefully lacking.

Richard Denison, a senior scientist at the Environmental Defense Fund (EDF), has written extensively on the "epic fail" in West Virginia and on chemical communication issues in general. I'll let you read his series of blogs on the subject.

One point Denison brings out is the inadequacy of Material Safety Data Sheets, commonly called MSDSs. He delves into the difficulties caused to first responders by lack of up-to-date information...even to the point of not knowing there was more than one chemical involved in the spill. This is not a new problem. In fact, it is tragically common.

MSDSs list basic information about the chemical, such as name, identifying information, basic physical-chemical properties, toxicity, and environmental toxicity. They also list basic first aid steps, how to fight any fires that involve the chemicals, storage, and disposal. Or at least this is what they do in theory. In reality, many MSDSs hold the name of the chemical as confidential business information. The basic properties are often missing. And toxicity and environmental toxicity data are usually limited to, well, no data. What toxicity that do appear are often outdated, some based on tests that were conducted decades ago. Just as often the actual study reports for any data cited cannot be located in the files. Or maybe can be located after a delay. If pressed.

There has been some improvement. In some cases. In 1998 a voluntary program called the High Production Volume Challenge resulted in the compilation of a large amount of health and safety data for the 2000 or so highest volume chemicals. Mostly these data were sent to EPA, made available on a website, then ignored. [EPA did try to do screening risk assessments, but this process seemed to change every few years.] Being voluntary, no requirement to update MSDSs was included, and mostly they weren't. Then in 2007 the REACH program in Europe required extensive data for every chemical in commerce. REACH did require that MSDSs (called SDSs in Europe) to be updated with actual test information.

However, as the West Virginia situation shows, most MSDSs remain a jumble of missing information and boilerplate warnings designed to limit the manufacturer's liability in the event of a problem. They are more insurance requirements than they are assurance of safety and proper handling. Saying "may cause skin irritation" but not having any actual data that demonstrates skin irritation isn't particularly meaningful. Are the data available to make this judgment, or is the catchphrase just there in case someone gets irritated? Either way, the MSDS is not doing what it is supposed to be doing - give reliable information that informs the user.

As Congress moves closer to reforming the Toxic Substances Control Act (TSCA), will they make MSDSs useful? Or simply continue the illusion?

[Note that the House held a hearing on February 4th in which they essentially said that a TSCA reform bill (likely a tweaked version of the CSIA) will be decided this year.]