To coin a relevant phrase, the world appears to have reached a tipping point when it comes to taking action on climate change. After many years of debate and non-action, a threshold seems to have been attained in which governments worldwide are acknowledging that action is necessary.

While the 5th Assessment Report of the IPCC isn't due until 2014 (the 4th report was released in 2007), the organization has already begun the outlining process, which involves climate change experts from all relevant disciplines and users of IPCC reports, in particular representatives from governments. Input from governments and organizations is expected at the 30th Session of the IPCC to be held April 21-23, 2009, in Turkey. The scoping meeting of experts to define the outline is scheduled for mid July 2009.

Meanwhile, the United Nations Environment Program (UNEP) just published its 2009 yearbook, in which it calls for "an intensified sense of urgency for responsible governance in the face of approaching critical thresholds and tipping points" related to climate change and five other major developments in the changing environment. Facts like the breaking up of ice caps, retreating of glaciers, and melting of permafrost in Sweden, Alaska, Canada, and northern Russia only heighten the concern.

In the US, President Obama's filling of key environmental positions has had a distinctly "climate change" based feel to it. New EPA administrator Jackson, several White House advisors, and other key people in the administration all have atmospheric and climate experience and an avowed interest in dealing with the problem. Even Secretary of State Hillary Clinton has gotten into the act, agreeing today to begin high-level talks with China relative to combating both the global economic crisis and climate change. With her on this first official state visit is Climate Change Special Envoy Todd Stern, the point person for the U.S. in climate treaty negotiations.

All of this leads up to an international meeting scheduled for December in Copenhagen, Denmark, in which a new global climate treaty is expected to be adopted.
Posted by The Dake Page at 11:00 AM No comments: 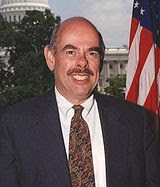 Seems the US House of Representatives may begin hearings shortly on the US Toxic Substances Control Act. As I've reported here in the past, there has been much pressure to "reform" TSCA. To some this means a complete rewriting of the legislation in the form of the Kid-Safe Chemical Act (KSCA), which was introduced originally in 2005 and again in 2008. Senator Frank Lautenberg of New Jersey has said he plans to reintroduce the KSCA into this Congress within the next few weeks.

In conjunction with the planned reintroduction of the KSCA in the Senate (and an identical companion bill in the House), the House Subcommittee on Commerce, Trade & Consumer Protection is expected to hold the first oversight hearings on the Hill as early as next week. This particular subcommittee gained the authority for oversight only after newly installed Chair of the House Environment and Commerce Committee Henry Waxman completely reorganized how the committee works.

The news of the subcommittee hearings comes on the heels of a letter sent by the advocacy organization, Environmental Working Group (EWG). EWG's letter, addressed to new EPA Administrator Lisa Jackson, strongly supports the KSCA (which they now refer to as "Kid-Safe") and offers a series of suggestions for EPA to take while they are waiting for KSCA - or some other version of TSCA reform- to be passed. The suggestions are:

4) Revamp voluntary programs under which industry has submitted data

7) Keep persistent, bioaccumulative toxins off the market
Posted by The Dake Page at 12:59 PM No comments: 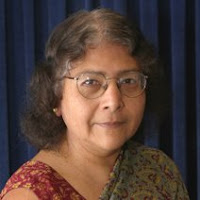 I came across a very interesting article in Seed Magazine call "The Essential Parallel Between Science and Democracy" by Sheila Jasanoff. Jasanoff is Professor of Science and Technology Studies at Harvard University's John F. Kennedy School of Government, and a very well respected researcher on the role of science and technology in the law, politics, and public policy of modern democracies.

Making note of US President Obama's nod to science, Jasanoff queries: "So the question for thoughtful Americans, interested in the future of science and technology and reflecting on President Barack Obama's historic inaugural address, is not, What is science's rightful place?, but rather, What do the president and his administration see as science's rightful place? And, as critical consumers of both science and democracy, is it a vision that we, the people, can comfortably embrace?"

Jasanoff notes that Obama routinely indicates in his speeches that "science and technology will feature in his administration as both instruments and objects of public policy." And many prominent scientists and engineers have been named to key posts, including Nobel Laureate Steven Chu as Secretary of Energy. But she also observes that we must also understand the link between science and democracy. "The very virtues that make democracy work are also those that make science work: a commitment to reason and transparency, an openness to critical scrutiny, a skepticism toward claims that too neatly support reigning values, a willingness to listen to countervailing opinions, a readiness to admit uncertainty and ignorance, and a respect for evidence gathered according to the sanctioned best practices of the moment," says Jasanoff.

This short blog can't do the article justice and I highly recommend people read the entire article here.

And while you're there, check out Seed's The Right Place Project to see how you can contribute to linking science and democracy.
Posted by The Dake Page at 1:41 PM No comments:

International Calls for Global Database on Toxins in Products

I've mentioned information systems and databases previously. This past week in Geneva, Switzerland there was a call from an international body for a broader database of chemicals in products such as clothes, toys, jewelry, and electronics. The idea would be to have a uniform information system to help governments, businesses, and consumers reduce the risks to hazardous substances.

These calls came out of a United Nations Environment Program (UNEP) workshop designed to set a framework for the second International Conference on Chemicals Management (ICCM2). And ICCM2, which occurs in May, will review the status of the UN Strategic Approach to International Chemicals Management (SAICM). I haven't mentioned SAICM much in this blog, but will likely be doing so more in the future. After many years of discussions by most of the world's nations, SAICM was officially established in 2006 as a framework to "achieve sound management of chemicals" worldwide.

Opening the workshop, the director general of the Swedish Chemicals Agency, Ethel Forsberg, said "As a consumer I want to buy products anywhere in the world that will not pose a risk to my family or be a problem to dispose of, but information on the chemical content of products very rarely exists - even if they contain hazardous substances."

As internet technology has advanced, scientists have contributed substantial data on chemicals and related issues to information systems and databases that are available online. Having access to the information is a good first step. However, most scientific data are not readily understood by the general public, and thus it seems necessary to also look at ways to digest and communicate the information in more meaningful ways. In my opinion, making this jump to the next level in a transparent and unbiased way is needed to avoid having the now accessible data misused by those advocating one position or another.
Posted by The Dake Page at 4:15 PM 1 comment:

On Leadership - Leading Scientists Speak Out

The Washington Post has a series called "On Leadership." Recently they included a video of three top scientists who have been named by US News & World Report as three of America's Best Leaders.

The video is here:

These three, Anthony Fauci, David Baltimore and Maria Zuber, give some incredible insight into both the thinking of scientists and how scientists intersect with policy development and politics. Have a look at their insights.
Posted by The Dake Page at 1:12 PM No comments:

Politicians as "Scientists" - Is This a Good or a Bad Thing?

This past week, former U.S. Vice President Al Gore urged scientists to exert their influence on global climate change. In short, he said that scientists must play a more active role in how their science is used to make policy. "For those of you who haven't communicated, there is no time to sit back," Gore says.
Which, of course, begs the question of how this can be accomplished? Should scientists become "Issue Advocates" as described in Roger A. Pielke Jr.'s book "The Honest Broker," or should they be the "Science Arbiter?"
But it also begs the question, what role should politicians play in advocating science? Gore himself has been a highly visible icon communicating the science of global warming to the public and to the legislators with whom he once worked. In one sense, he has been far better at communicating the issue than have the scientists themselves. But in another sense, he has become a foil for those who say that global warming is merely a liberal political movement and scientists are only claiming there is a crisis to get funding. And we all remember the Terry Schiavo case when then Republican Senate majority leader Bill Frist took the Senate floor and challenged the diagnosis of Schiavo's physicians that she was in a persistent vegetative state: "I question it based on a review of the video footage which I spent an hour or so looking at last night in my office." While Frist was a medical doctor prior to entering politics, many medical scientists took offense to him making a diagnosis based solely on an edited video tape.
Both Gore and Frist's advocacy have provided fodder for discussion about the relative roles of politicians in science and scientists in politics. Are they communicating from knowledge, or are they using the science to further their political ideologies? Many arguments have been offered for both sides of the discussion.
In his speech last week to the American Association for the Advancement of Science (AAAS), Gore encouraged the "world of science" and "the world of politics" to work together to respond to the climate crisis. He called for the scientist to deliver the sense of emergency to their colleagues, networks, and policy makers. In essence, he called on scientists to be issue advocates.
Posted by The Dake Page at 3:42 AM No comments: