I'm concerned about Kazakhstan. Not because of Borat (who probably has done more to boost the nascent tourism industry there than any one). Rather I mean the recent political situation. First the president introduced some changes into the constitution, according to which the terms of the next and any succeeding presidents would be reduced from 7 to 5 years. This would be considered a good sign. But after that the parliament introduced another change that would likely allow the current president to stay in power forever due to his historical role following the demise of the Soviet Union and independence of the former Soviet states. In addition, the government has cracked down severely on the media, such that it basically can't report anything that questions policy.

Unfortunately, the populace is way too passive about this following generations of soviet rule. The United Nations apparently can't do anything but hand-waving (assuming it even bothers to do this). The United States has certainly reduced any influence it could have exerted (assuming it had any influence in the region to begin with). What concerns me most is that all of this will go largely unnoticed by the world as we focus on more obvious problem areas.

Is this simply business as usual? Shouldn't we care more about the Kazakh people (and others in the same situation)? I wish I could do more to help.
Posted by The Dake Page at 9:41 AM No comments: Links to this post 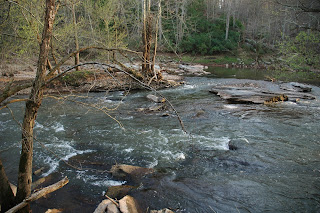 Posted by The Dake Page at 7:46 PM No comments: Links to this post

1) The Administration screwed up by dropping our "war on terror" and chasing down bin Laden in Afganistan so Bush/Cheney could pursue an ill-informed, ill-planned, and ill-executed, personal vendetta against Saddam Hussein. [For the record, we're all glad he's gone]

2) Iraq was NOT an opportunity for al Q'aeda UNTIL AFTER WE WENT THERE AND ENSURED THE CONDITIONS WERE RIPE FOR THEIR GROWTH. Now it's a breeding ground for terrorists.

3) The Administration has ZERO credibility - as evidenced by the fact that the vast majority of Americans and the world see right through Bush's obvious attempt at sleight of hand (it's not a civil war we're in the middle of in Iraq...it's a war on al Q'aeda). Like somehow this makes it more likely that we'll trust him to make the correct moves to win this thing. [Saying we must win doesn't mean that incompetence will suddenly start working because we have some sort of moral authority].

4) The President and the people who think for him are clueless in that they still don't understand that selectively releasing information to re-invent reality to fit a political agenda further damages the Administration's reputation, and worse, the reputation of the United States. Besides the obvious damage to our national credibilty (and influence) in the world (which could take decades to rebuild), Bush has created the perfect set of conditions to allow countries like Iran, Russia, North Korea, and China (especially China) to exploit our weaknesses and gain undue regional and worldwide political and economic influence.

Frankly, it's gone way beyond embarrasing...it's now become dangerous.
Posted by The Dake Page at 5:40 PM No comments: Links to this post

Saw just a few minutes of Larry King's interview with Al Gore tonight (so this may be out of context). But I was struck by a bit of irony. Gore is touting his new book that apparently lambastes our current President's decision-making, as well as the media. Gore had just finished telling Larry why he didn't intend to be a candidate for president in 2008 (which he has said consistently and often). He then went into a discussion of how the line between news and entertainment was often blurred (see my earlier blog about the media). He gave credit to Larry (as a rare exception) for clearly delineating between shows about news and shows about entertainment. Then, as he opined about this blurring of the line, CNN put up one of those tickler footers (static, not a scroll) asking whether Gore would be a presidential candidate. He just said he wouldn't....yet they put up the graphic anyway. Why? Because anyone reading the tickler who just tuned in wouldn't know that he just said he wasn't going to run...and so the viewer may want to continue watching to find out if Gore was entering the race. Talk about blatant attempt to enhance ratings. Exactly the thing Gore was chastizing the media for as they proved him right. How ironic is that?
Posted by The Dake Page at 9:55 PM No comments: Links to this post