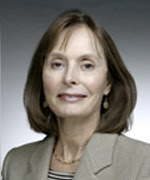 Last, but not least, of the witnesses in Tuesday's Senate subcommittee hearing on "Toxic Chemicals and Children's Environmental Health" in New Jersey, was Dr. Frederica Perera.  Dr. Perera is Director, Columbia Center for Children's Environmental Health (CCCEH), Professor of Public Health, Department of Environmental Health Sciences, Mailman School of Public Health Columbia University.  In her testimony, she focused on "endocrine disrupting chemicals and neurodevelopmental disorders, noting that an estimated 5-17% of United States children have been diagnosed with a learning or attention disorder."


She reported largely based on the work done at CCCEH, which since 1998 has "conducted international studies of cohorts of mothers and children followed from pregnancy."  Even back then, she noted, "we knew that there were ever-increasing human exposures to environmental toxicants and that rates of neurodevelopmental disorders and chronic illnesses such as childhood asthma and cancer were on the rise."  She made it clear "that these diseases had multiple causes, environmental exposures such as lead, mercury and polychlorinated biphenyls were known to contribute," but also said that it had "become evident over the previous decades that the placenta does not adequately protect the fetus from toxicants and that, due to their rapid development and immature defense systems, the developing fetus, infant and child are especially susceptible to environmental toxicants."

After sharing some of the Center's research in this area, she noted that the research demonstrates "the link between fetal and child exposures to phthalates, BPA, and PBDEs, and adverse developmental and neurodevelopment effects."  She suggested that "a preventive approach is clearly needed," and offered the example of the case of lead removal from gasoline as an illustration of the effectiveness of such an approach. She acknowledged that there were still many uncertainties in cause and effect, but suggested that:

"given the widespread exposure to chemicals such as those I have discussed, these uncertainties do not outweigh the need for a preventative approach to children’s health. The public health and economic benefits of prevention are clearly great. Our data and those of many others support a preventative chemical policy to protect our youngest and most susceptible population."

More on the hearing can be found on the subcommittee web site.
Posted by The Dake Page at 1:56 AM No comments: Links to this post 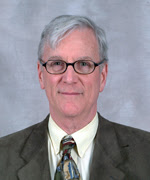 As noted in my other posts this week, on Tuesday there was a Senate subcommittee hearing on "Toxic Chemicals and Children's Environmental Health" in New Jersey.  In addition to testimony by EPA Administrator Lisa Jackson and CNN's Medical Correspondent Dr. Sanjay Gupta, there was testimony by Dr. Steven Marcus, Executive and Medical Director, New Jersey Poison Information and Education System, Professor, Department of Preventive Medicine and Community Health, Associate Professor of Pediatrics
New Jersey Medical School of The University of Medicine & Dentistry of New Jersey.

Dr. Marcus emphasized the importance of poison control centers around the country.  He noted that "poison centers respond to the needs of the US citizens in every state and territory of the country 24 hrs a day, 7 days a week, 365 days a year."  He noted that, nationally, "there are over 4 million exposures reported to poison centers with over 50% of the victims of these exposures occurring in children under 5 years of age."


"To put that into perspective, once every 15 seconds a child in this country is reported to be exposed to some potential toxin."

His take home message at the end of his testimony was that there "are actions which can and should be taken now" that "will help respond to the risk of exposure to chemical substances of all nature, medications, spoiled food, etc."  He listed:


1. Find a way to “shore up” the funding of existing poison centers

3. Supply funds to train medical toxicologists outside of the Medicare cap and encourage
pediatricians to seek such training.

More information at the subcommittee web site.
Posted by The Dake Page at 12:55 PM No comments: Links to this post

Continuing with the news of the last two days, Dr. Sanjay Gupta, the highly visible physician and medical correspondent for CNN testified at the Senate subcommittee hearing on "Toxic Chemicals and Children's Environmental Health" in New Jersey on Tuesday.

Gupta had looked at the potential for reproductive and developmental effects related to chemical exposure in a CNN special program called "Toxic America" first aired several months ago.  In his testimony, Gupta noted that "children are especially vulnerable to toxic chemicals. Children are not simply small adults. For one thing, children have a faster metabolism. They take in – pound for pound --- more air, water and food than adults."  Further, "infants and toddlers also spend a lot of time close to the ground, where dust accumulates. And we know from research this dust can contain toxic chemicals like flame retardants, shed from our televisions and other appliances. Young children can breathe in this dust. As a father, I also know first-hand how little kids like to put their hands in their mouths. That’s another potential route of exposure."

While in the CNN article Gupta acknowledges that "there is no science that demonstrates a conclusive cause-and-effect relationship between chemicals children are born with and particular health problems," he argues that "studies are finding associations between elevated levels of chemicals in a baby's body and their development."  In his testimony he notes that "children are also more susceptible because their immune systems are still developing. Kids are simply not as good at getting rid of toxic chemicals. That means toxic chemicals stay in their bodies longer. Also, their growing bodies are not as good at repairing damage from exposures to toxic chemicals."

And that is the take home message on which Gupta ended his testimony:


Finally, we know our exposure to many chemicals accumulates over time – what’s known as body burden. So what children are exposed to now can build as they age, and their risks of harm from these chemicals could rise with their body burden. So we need to take into account the long-term risks of chemical. After all, children – and the rest of us – are still being exposed to PCBs, which the government calls “probable carcinogens,” and PCBs have been banned for more than 30 years.

More testimony and an archived web cast can be found on the subcommittee web page.
Posted by The Dake Page at 1:00 PM No comments: Links to this post

Jackson noted that "[w]hile chemicals have improved our lives in many ways, there are still significant scientific gaps in our understanding of the health risks of many chemicals."  She called out the special nature of protecting children from chemical exposure, and that there are cultural and socioeconomic differences as well:


Ensuring that our children are protected from exposure to environmental threats is central to EPA’s work. Children face greater threats from environmental pollutants than adults due to differences in their physiology, activity patterns and development. And not all children are the same: we continue to see disparities in exposures and health outcomes among the poor, African American, Latino, Native American and other ethnic minorities.

She also reminded us all that children have differences in metabolism, eating habits, and motor behavior that significantly increase their chances of exposure as well as the potential ramifications of such exposure on physiological, morphological, and immunological systems that are not fully developed.

Jackson reiterated the six principles that she had introduced just over a year ago and called again for Congress to take action to reform the 34 year old Toxic Substances Control Act.  And finished by noting:

Further, legislative reform of TSCA should address a number of other areas the Administration believers are important in modernizing this nation’s chemicals management efforts, such as encouraging the development and use of green chemistry and adoption of safer alternatives. It should impose stricter requirements for assertion of confidentiality claims while allowing the sharing of critical data – with appropriate safeguards – with state governments also regulating chemicals.

Her full testimony and that of the other witnesses can be found here.
Posted by The Dake Page at 2:21 PM No comments: Links to this post

The meeting will be held tomorrow, October 26th, in the Oral Health Pavilion Multi-purpose room at the University of Medicine and Dentistry of New Jersey in Newark. The hearing starts at 10:30 am EDT.

While Jackson will provide the sole remarks in the first panel, many will recognize the name of Sanjay Gupta, CNN Chief Medical Correspondent and once floated as a possible Surgeon General, who will lead off the second panel.  Also testifying in the second panel will be Lisa Huguenin (a New Jersey mother of child with autism and an immune system disorder), Steven Marcus (Executive and Medical Director of the New Jersey Poison Information and Education System and Professor at the New Jersey Medical School of The University of Medicine & Dentistry of New Jersey), and Frederica Perera (Director of the Columbia Center for Children's Environmental Health and Professor at the Columbia University Mailman School of Public Health).

The subcommittee chair is New Jersey Senator Frank Lautenberg, who introduced the Kid Safe Chemical Acts of 2005 and 2008 (neither of which made it out of committee) and the Safe Chemicals Act of 2010 (which is likely also to sit largely untouched for the rest of this legislative term).


More information and copies of testimony will be available at the subcommittee web site.
Posted by The Dake Page at 2:11 PM No comments: Links to this post