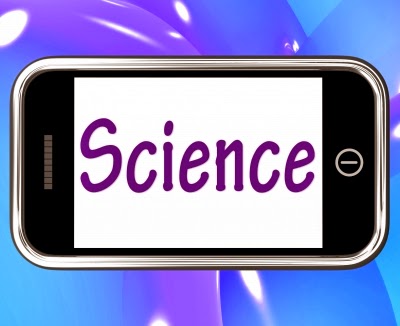 What role should scientists play in the making of policy that relies on science? Historically, scientists have had a love/hate relationship with policy makers. Mostly we want to "do our science" but avoid getting involved in all the political partisanship that constitutes "policy-making." On the other hand, it does a disservice to the public to allow our science to be misrepresented - and sometimes abused - by politicians or advocacy groups, who often twist the science to fit their predisposed ideological view. Unfortunately, this political abuse has become so prevalent that many in the public don't trust scientists. Which is ironic given that it is not scientists who are doing the abuse.

Denial of climate change joins other scientific topics that politicians - indeed, entire political movements such as the Koch-funded tea party - have made part of their political platforms. Whereas in the past there was always the odd extremist politician who ridiculously vented their scientific ignorance, now denial of science has become mainstream for one party. Even the party leadership denies the science for purely partisan political reasons. That is simply irresponsible.

What are scientists to do?

More and more it seems scientists are offering their services to politicians. Scientists are making themselves available to educate politicians about the science so that these politicians can make informed choices when making policy to deal with the science. For example, scientists of two major scientific organizations, the Society of Toxicology (SOT) and the Society of Environmental Toxicology and Chemistry (SETAC) have begun engaging in dialogue with staff of the relevant Congressional committees involved in the reform of the Toxic Substances Control Act (TSCA). The hope is that accurately presented science will lead to reasonable policy, or at least action toward that goal.

In the all-important debate about what policy steps are needed to address the unequivocal science of man-made climate change, scientists have been faced with politicians who deny the science itself. Lately this denial has taken an interesting turn as politicians have started quoting the lobbyist-provided line "I am not a scientist" to avoid having to outright lie about the science. Recently a group a scientists in Florida have taken the next step - offered to explain the science to Governor Rick Scott of Florida.

This raises an important strategy for other scientists. Rather than sit back, do your science, and let others try to communicate it (or in many cases, intentionally miscommunicate it), scientists now have an obligation to ensure the science is presented accurately to lawmakers and other policy makers. Like Rick Scott. There is no excuse for politicians to intentionally deny the science, or to deny understanding of the science, in order to avoid engaging in honest policy debates. Politicians who do so are violating the public trust given when they were elected.

This denial by politicians is especially dangerous to their own constituents in places like Florida (likely to be impacted irreparably by rising sea levels), Oklahoma (where increasing damage from droughts is likely to get worse without action), and elsewhere in the United States where politically motivated denial is hurting the politicians' own states.

Which gets us back to scientists. Those who have spoken up have sometimes become the target of harassment and personal attacks by anti-science lobbyists. So perhaps SOT, SETAC, and the group of Florida scientists have found a way to communicate the science accurately to policy makers while avoiding the individual personal attacks upon them. Scientific organizations obviously have to be careful about advocating specific policy options or inserting their own individual beliefs, but these organizations provide a respectable - and respectful - means of communicating the science. In a sense, they have an obligation to do so.

Image courtesy of Stuart Miles.
Posted by The Dake Page at 10:03 AM No comments: Links to this post