Following on the heels of last week's Democratic entree, last night the 10 (currently announced) Republican candidates for president debated in a similar format. While having that many candidates on one stage at the same time resulted in limited opportunities to hear any one candidate's views, some initial insights can be drawn.

Like the Democrats, the Republican candidates probably fall into three tiers - front runner, second tier possibles, and pipe dreamers. Unlike the Democrats, the Republicans are a little more difficult to pigeon-hole into groups. In part this is because there is less diversity among the candidates, both in the traditional "diversity" sense and in their views. Republicans have raised to an art form the ability to stay "on message," in contrast to the Democrats who often have a variety of messages (I'll leave it to you to decide whether having one single focused message that defines a party is a good or a bad thing).

The front runners did distinguish themselves from each other somewhat. One was uncomfortably passionate (I couldn't tell if it was because he was trying to show strength or if he was trying to restrain the passion). One was incredibly well spoken and clear in his presentation, while decidedly conservative (at least currently conservative). And one was somewhere in between in both delivery and message. It will be interesting to see whether style or substance becomes more important in the election.

One thing that was crystal clear is that whatever Republican candidate wins the nomination, the contrast from the Democrats will likely be striking. Granted, there is one combination of candidates in which it would be harder to discern differences on some issues, but in the one key issue likely to drive out the vote the Republicans are almost universally in support of the war surge (and will fight the "surrender date") and the Democrats just as universally want to bring the troops home ASAP (most at whatever cost).

Certainly things can change dramatically in the many (many) months before the first primaries. On the Democratic side it is unlikely that any new faces will emerge, so we're pretty much stuck with the current cast. On the Republican side it is quite possible that one or two "true conservatives" will join the fray, though my personal feeling is that this is unlikely.
Posted by The Dake Page at 7:06 PM No comments: Links to this post

Email ThisBlogThis!Share to TwitterShare to FacebookShare to Pinterest
Labels: politics 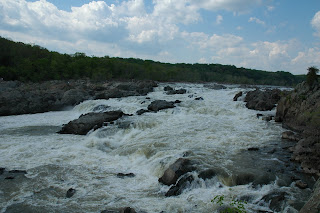 Posted by The Dake Page at 12:20 AM No comments: Links to this post

Alas...work beckons in the capital of the free world (as they say)

...the afternoon wanes in KZ (end of the day)

...life exults...this is the way
Posted by The Dake Page at 10:06 PM No comments: Links to this post