The Importance of Michael Mann's Lawsuit Against the National Review 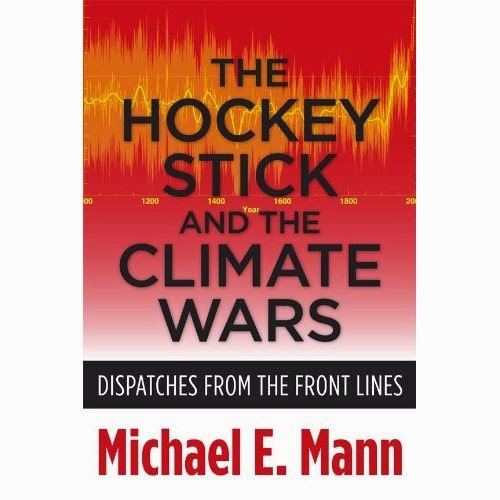 Anyone paying attention to man-made climate change issues no doubt has heard of Michael E. Mann, a climate researcher at Penn State University. Mann became famous, of sorts, as a critical link in the chain that unequivocally demonstrates human activity is warming the planet. In 1998 and 1999 Mann published papers with co-authors Ray Bradley and Malcolm Hughes that included graphs now known to everyone as the "hockey stick" graphs.

A compilation of a tremendous amount of data, the hockey stick graph is notable because it clearly shows a startling upward rise in the temperature trend of our planet. Even non-scientists can easily see the sharp temperature increase. Which is why the climate denial lobby found it necessary to attack the graph.

Understand that by saying attack the graph I mean attack the lead author of the papers in which the graph is presented. As Mann himself discusses in his recent book, The Hockey Stick and the Climate Wars, the climate denial lobby employed a technique they have used often and which Mann calls the "Serengeti Strategy" after the way predators separate out one prey from the herd. Because the science of the graph itself is unassailable, these lobbyists have been attacking Dr. Mann's person continually for the last decade.

In science, each and every paper published must stand up to scrutiny. Mann's papers and graph have stood up to some of the greatest scrutiny every applied to a single piece of science. The conclusion - the graph is sound and it is supported by more than a dozen other independent studies that confirm that same trend. The lobbyists know this but continue to attack because, well, because that is what they are paid to do.

Unfortunately for them, climate denial lobbyists found that Mann and the scientific community wouldn't simply accept the constant stream of falsehoods being said about them. After one particularly egregious attack on Mann (including a disgusting comparison to a pedophile), Mann sued for defamation. The case has been in the courts for over two years as the defendants have delayed proceedings in the hopes of overextending Mann's ability to pay for legal protection.

Ironically, given that science is inherently self-correcting, the lawsuit represents a critical step in restoring public trust in science. The public trust that has been damaged not by scientists' actions but by the distortions, misrepresentations, and outright fabrications of the climate denial lobbying industry. The climate denial industry, funded by fossil fuel and right wing ideological interests and carried out by a multitude of highly paid lobbyists and their media outlets, have been making up stuff and misleading for so long they seem to forget that what they say isn't true. They've lied about the hockey stick graph so often that they apparently felt a sense of entitlement to lie and impugn the character and reputation of any scientist that stands in their way.

Mann isn't the first scientist to be personally attacked because their science was irrefutable, but perhaps the outcome of this defamation lawsuit will inhibit future attacks on others. Perhaps the case will mean that lobbying organizations will no longer be able to intentionally disparage scientists, either individually or collectively. Perhaps scientists and policymakers can focus on understanding the science and the policy options that can help us deal with the science without being attacked by a science denial industry adept at lying about facts. And the unequivocal fact is, human activity is causing a warming of the planet. It's time for the lobbyists to stop lying and start informing policymakers about how policy can best fix the problem.

More on the lawsuit

Brief of Michael Mann submitted September 3, 2014
Posted by The Dake Page at 8:50 AM 3 comments: Links to this post