The Office of Inspector General (IG) at the USEPA has issued a report on EPA's Endocrine Disruptor Screening Progam (EDSP), and the results are not good.  Fourteen years after it was mandated in the Food Quality Protection Act (FQPA) and Safe Drinking Water Act (SDWA), "EPA's EDSP has not determined whether any chemical is a potential endocrine disruptor."  In fact, according to the IG report, "EDSP has not developed a management plan..., or established outcome performance measures to track program results."

In addition, EDSP has "missed milestones for assay validation and chemical selection established by the 2001...NRDC...settlement agreement."  What's more, even though the EDSP noted that it "was unaware of the complexities, resources, and time needed to validate assays until years after the 2001 settlement agreement was signed," it made only rudimentary adjustments to its milestone schedule.  To the IG, the lack of management plan by EPA and the EDSP severely restricts its ability to meet the requirements of the statute.  The IG notes that the EDSP "plans to develop a management plan" but "had not done so at the time of our review."

To correct these deficiencies, the Inspector General report makes the following recommendations:
EPA responded to the IG's report but the IG felt the response was inadequate for some of the recommendations.  They consider the first three and last of the six recommendations "unresolved."

Clearly more effort on the part of EPA, and of Congress to provide funding to EPA so they can do what Congress has mandated, is necessary. 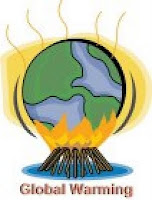 Sir Paul Nurse, president of the prestigious Royal Society in London, says that freedom of information (FOI) laws are being misused in organized attempts to harass climate scientists.  While emphasizing that FOI laws are important tools needed to ensure transparency, Nurse, the Nobel Prize winner for Medicine in 2001, argues that anti-climate science lobbying groups have orchestrated an organized campaign of requesting "data and other research materials" for the primary purposes of intimidating climate scientists and slowing down both research and legitimate communication of the science.

According to The Guardian online, another scientist, Bob Ward of Grantham Research Institute, complained that FOI requestors weren't interested in the science but rather the requests were "being used in an aggressive and organized way" to look for problems and errors.  And according to Chris Mooney in relation to another FOI fishing expedition involving Michael Mann in the US, the climate science deniers will twist whatever they receive into whatever they need it to be to confirm their predetermined belief.  Just as they did for the infamous climategate emails, which despite six separate investigations exonerating all the scientists involved, yet the climate denial industry continues to treat as a condemnation of the science (which it wasn't).

The UK FOI requests have been overly burdensome on researchers, as requests have included "among other things, all drafts of scientific papers prior to their publication in journals, with annotations, explaining why changes were made between successive versions."  Again, the intent isn't to understand better the science or the research. According to Nurse, the net result is that which the organized campaigns intended - intimidation and time taken away from doing research.

Scientists, of course, need to be more open and transparent, but then they, like all of us, produce many emails a day on things that aren't particularly interesting or controversial.  To have to organize them for FOI release even though they have no meaning limits their ability to do research.  To have to spend even more time correcting the often intentional misinterpretation (or disinterpretation) of their words by climate change deniers is a burden no professional should have to bear.

FOI is important for transparency, and the Royal Society and others are looking for ways to bring the process up to speed with modern technology.  But unfortunately there are many who are abusing FOI, not to improve transparency, but to harass climate scientists and disinform the public.  The harassment has to stop.
Posted by The Dake Page at 4:05 PM No comments:

The Member State Committee (MSC) of the European Chemicals Agency (ECHA) in Helsinki, Finland, has named an additional seven substances as Substances of Very High Concern (SVHC) under the REACH chemical regulation in Europe.  Listing of these chemicals is based on them being CMR, i.e., being either carcinogenic, mutagenic, or reproductive toxins.  The seven substances are:
All seven new substances are to be listed on the candidate list.  DHNUP and DIHP will join other phthalates on the candidate list.  Ultimately, substances on the candidate list could be added to Annex XIV of REACH, which means they would be subject to banning unless manufacturers successfully apply for authorization for continued use. Authorization is normally for a very limited period of time (e.g., 4-5 years), generally is restricted to specific uses, and must be accompanied by a plan to find suitable, less hazardous, substitutes.

Once the MSC formally presents its recommendations to ECHA, the Agency will add the substances to the candidate list.

The ECHA announcement can be read here.

The current candidate list can be found here.
Posted by The Dake Page at 12:01 PM No comments: