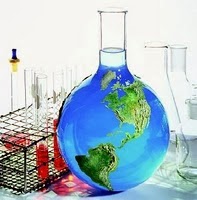 On February 27, 2014 the US House Committee on Energy and Commerce issued a "discussion draft" of what it calls the Chemicals in Commerce Act (CICA). In doing so it mocked the bipartisan efforts by the Senate to modernize the nearly 40-year-old Toxic Substances Control Act (TSCA) and showed that partisan politics still rules the lower chamber of Congress.

In short, the CICA is a step backwards. The press release headline from Ranking Member and long-time advocate for chemical safety reform Henry Waxman says it all: "Rep. Waxman Statement on Republican TSCA Reform Bill Draft." While the Senate bill, dubbed the Chemical Safety Improvement Act (CSIA) received demonstrative support from both parties and largely would enhance the ability to ensure chemical safety, the House CICA, in Waxman's words, "would weaken current law and endanger public health."

Well, the chemical industry interests are reaching deep into their bag of tricks with the draft “Chemicals In Commerce Act” released by Rep. John Shimkus (R-IL) this week. Who do they think they’re fooling?

This draft is a vehicle for more secrets, more safety data loopholes, and faster introduction of untested chemicals—all disguised as “reform” of a badly outdated 1976 Toxic Substances Control Act.


The Environmental Defense Fund, which supports the Senate's bipartisan TSCA reform bill, described a scenario in which the USEPA would have to prove not only that a chemical put on the market was dangerous, but also find a replacement for it before any action could be taken to remove it. And that was only the first of a series of "Major Problems" with the CICA draft.

Even the American Chemistry Council, a strong advocate and heavily involved in the writing of the bipartisan Senate version of the bill, was lukewarm on the House Republicans draft. In an perfunctory press release, ACC touted the Senate bill while giving boilerplate praise to Rep. Shimkus' williness to hold hearings. The House draft bill got some discussion at the chemical industry sponsored GlobalChem conference this week, but it was clear the Senate bill is the preferred path forward.

So what happens next? The House plans to hold at least three hearings on its CICA draft, which at least shows a willingness to move forward with a bill (a positive step). That said, the House Republican CICA reflects the Republican history of attempting to restrict EPA's ability to protect human health and the environment, something the Senate bipartisan CSIA bill has tried to correct. After all, the entire reason we are discussing chemical safety reform is because the current law, TSCA, makes it too difficult for EPA to regulate chemicals. The House bill would make that problem worse.

But the chemical industry wants TSCA reform. They don't like having to deal with 50 different rules from 50 different states. Industry knows that failure to reform TSCA will be the impetus for NGOs to heighten their advocacy for severe state-based restrictions on chemicals that are deemed unsafe. Industry knows that the Senate bipartisan bill dropped all of the major requirements the NGOs wanted, thus making this the most industry-friendly bill industry could have hoped to achieve. Industry also likely knows that the House CICA bill is a non-starter designed to pander to the tea party wing of the Republican party and can't possible pass in its current form.

The most likely scenario, therefore, is that after some political showmanship on the House side, the Senate bill - with potentially significant "tweaks" to address issues already raised - will be passed in the Senate and sent to the House. Once there it is almost certain that enough votes would appear to pass the bill and finally update TSCA. Why so certain? Because industry has a bill that puts very little burden on them while giving them something to tout in press releases. Industry will tell House Republicans to pass the Senate bill. Democrats will vote for it because it does take measurable steps to improve health and safety.

Once the modified CSIA is law, the Republican-led House will go back to their obsessive attempts to defund and otherwise restrict EPA's authority, while the House simultaneously works to insulate industry from scrutiny. Industry wins both ways, but at least with the CSIA in place the public also gains some additional power to ensure the safety of chemicals. It isn't great, but it's better than what we have now.

Posted by The Dake Page at 9:34 AM No comments: Links to this post 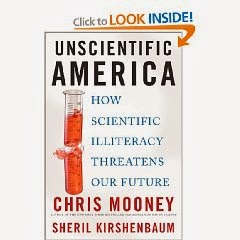 I periodically review books that address the issue of communicating science to the public. As suggested by its title – Unscientific America: How Scientific Illiteracy Threatens our Future - this book acknowledges the limits of the public’s understanding of science and how science works. But I felt the book was most powerful because it focuses on the role of scientists in disseminating scientific information.

One chapter discusses the role of blogs. As newspapers and broadcast media have been eliminating science coverage, at least 1000 science blogs have sprung up. While blogs can help disseminate information broadly, the authors say “[t]he problem with the internet is obvious to anyone who has ever used it; There’s tons of information available, but much of it is crap.” Misinformation thrives, and those who want to manipulate the debate can publish whatever they want, and unfortunately, usually do. Much of it is biased, inaccurate, or outright fabrication. Which is why blogs may be useful for rapidly getting the word out, they cannot be relied upon for an accurate assessment of the science itself. The exception, perhaps, are blogs written by the scientists themselves.

The authors refer repeatedly in the book to Carl Sagan, an astronomer who was also a stellar communicator, but whose popularity was often seen by other scientists as an indignity (i.e., to traditional scientists who preferred to do their science and leave the communication to others). But in the end the authors of Unscientific America, one a journalist and the other a scientist, assert that disseminating the science to the lay public, to the media, and to policy-makers is an “integral part of the job description of scientists themselves.” Essentially, they say that it should be part of every scientist’s responsibility to communicate the science accurately, and to make sure that the science is not misrepresented by those who would misuse it.

The book is eminently readable and surprisingly insightful. The book is definitely worth the read.
Posted by The Dake Page at 8:30 AM No comments: Links to this post