Trump Sentences Our Children to Death, Hands our Economy to China and Russia by Dropping Out of Climate Agreement 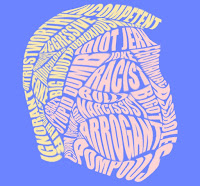 As expected, Trump proves he is profoundly ignorant and pathologically dishonest. His announcement that he would remove the United States from the Paris Climate Accord contains virtually not one bit of truth.

In choosing to pull out of the accord, Trump has unilaterally handed over the future of America to the Chinese and the Russians. By most standards, this would be considered treason.

Because of Trump's attempt to deflect the news cycle away from the investigation of his collusion with Russia in the election (and continued daily corruption and violation of U.S. law and the U.S. Constitution), he joins the only other two backward nations not part of the accord - Syria and Nicaragua.

In doing so Trump embarrasses the nation and all Americans. He goes against every scientific organization in the world, every National Academy of Sciences in the world, virtually every climate scientist, more than 100 years of peer-reviewed, unequivocal published research, and basic physics.

Trump also stands alone against American business, his own Defense department, every scientific agency, the CEOs of every major corporation in America, and the vast majority of Americans in every U.S. state, and virtually every nation in the world.

In announcing this gross negligence, Trump showed that he is both incredibly stupid and willing to destroy the future of all Americans. He lied repeatedly during his announcement.

He claimed that man-made climate change is not happening. That is a bald-faced lie. He knows that their is virtual unanimity among climate scientists. He knows that every business leader has told him it is real. Even his own Secretary of State, Rex Tillerson, former CEO of ExxonMobil, historically one of the biggest funders of climate denial lobbyists, has told him the evidence for it is undeniable.

He claimed that "the Paris Accord is a BAD deal for Americans." That too is a bald-faced lie.

He claimed that "the accord was negotiated poorly by the Obama administration and signed out of desperation." Again, a bald-faced lie. The agreement was negotiated over many years by nearly 200 countries with the United States in the lead.

He claimed that "it frontloads costs on the American people to the detriment of our economy." A bald-faced lie. The agreement is actually easier for the United States to implement and accomplish because we've already been taking steps (many of which Trump has dishonestly set back). Countries like China, which has a much greater burden to implement, will now have free reign to take even more U.S. jobs in the growing future energy industries.

Trump has without a doubt disgraced the United States with this move. He has endangered national security, endangered human health, endangered the environment, sent future jobs overseas that could have been here in America, destroyed our future economy, and sentenced to death hundreds of thousands of American children.

[Graphic source: https://www.redbubble.com/people/theaesthetic/works/20838237-no-trump?p=poster]
Posted by The Dake Page at 4:05 PM 7 comments: Links to this post