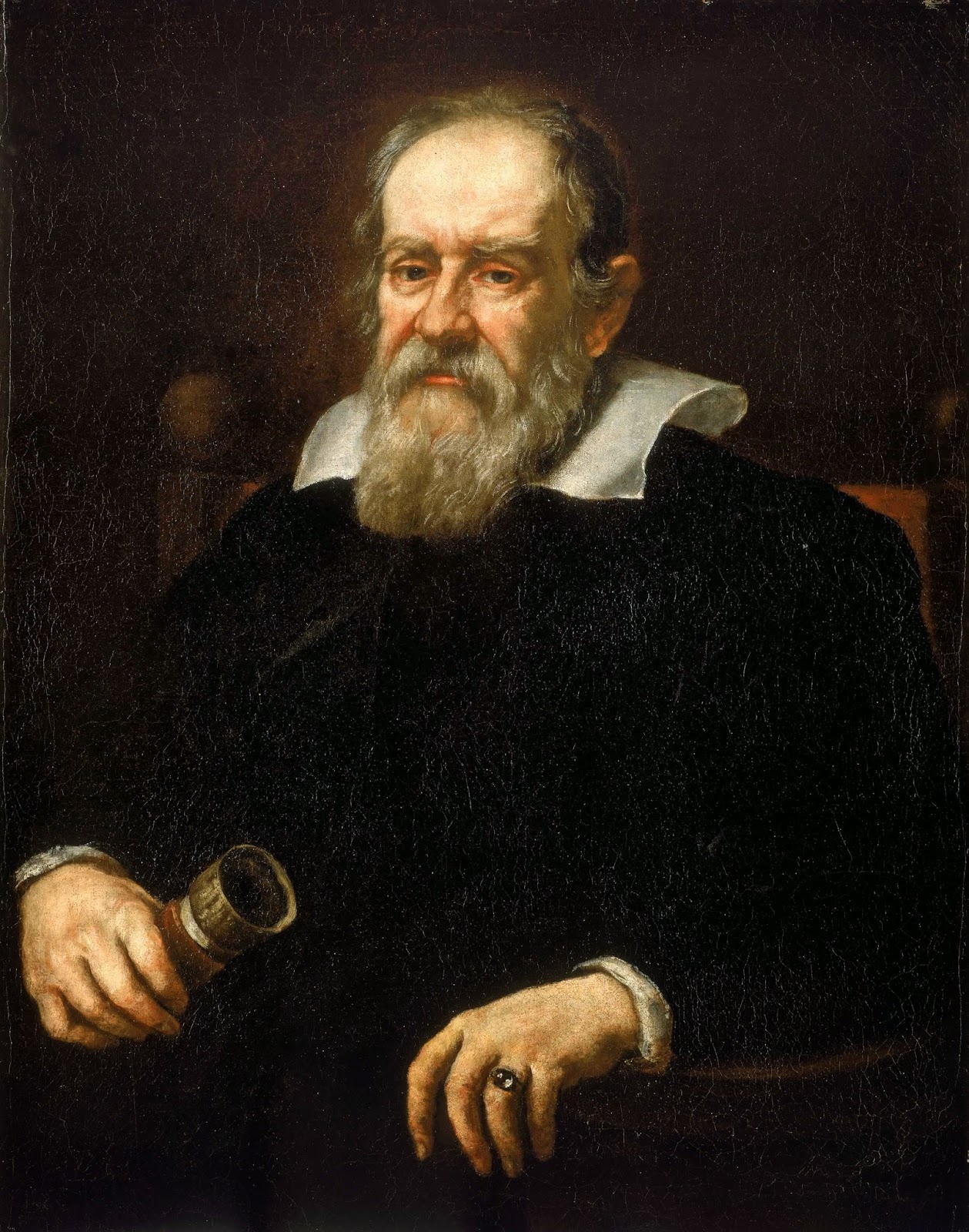 A recurring tactic of climate deniers is to liken themselves to Galileo bravely standing up to the "alarmists" dogmatically pushing the "hoax" of man-made climate change. Tea party and Koch-funded Republican Senator Ted Cruz recently did exactly this in a delusional response to an interviewer's query. The following divorced-from-fact fabrication (as discussed by Chris Mooney) distinctly illustrates the Galileo Gambit (aka, Galileo Delusion):

On the global warming alarmists, anyone who actually points to the evidence that disproves their apocalyptical claims, they don’t engage in reasoned debate. What do they do? They scream, ‘You’re a denier.’ They brand you a heretic. Today, the global warming alarmists are the equivalent of the flat-Earthers. It used to be [that] it is accepted scientific wisdom the Earth is flat, and this heretic named Galileo was branded a denier.

Why so false? Because he made it up. Or more accurately, he parroted the lobbyist-written talking point without having any understanding of what he was saying, nor any desire to know. It's a sound bite intentionally invented by the climate denial lobby. Like most sound bites, it has no actual meaning, and the insinuated meaning is usually the opposite of reality. Politicians like Cruz are taught to say it and count on their ideological followers to accept it as having the implied meaning even though everything in it is false.

To illustrate this same sound bite/talking point in another way to demonstrate the fallaciousness of it, take a look at this equivalent logic:

Dead Elvis Denier: "Elvis is alive!" [Provides no evidence, but states this EMPHATICALLY! and repeatedly.]

Denier: "See, I'm right and you can't prove otherwise so you will just call me a denier! I'm Galileo!" [Still provides no evidence, but states this with even greater paranoia and breathlessness.]

By now it should be clear that the mention of Galileo by climate deniers is much more akin to a Delusion than a Gambit. Frankly, it demonstrates that fact is irrelevant, and even hinders the preferred message of climate deniers. They don't care that what they say is gibberish because they know that their amateur denier followers don't care about fact and that most journalists won't challenge them on the lack of fact.

The basic falsehoods and fallacies in Cruz's statement can be summarized as:

First, he implies that climate deniers have "pointed to evidence that disproves apocalyptical claims." That is absolutely false. No climate denier has ever pointed to any legitimate evidence disproving man-made climate change. None. Zilch. Nada.

Second, his statement that "alarmists" (i.e., the world's climate scientists and 100+ years of published data) "don't engage in reasoned debate" is ridiculously false. His entire statement is 100% false. He's doing the same as the the Dead Elvis Denier. Try having a reasonable debate when one person is rattling off false talking points and delusions while dismissing all the actual science.

Third, the idea that deniers are randomly called deniers is silly. Deniers are called deniers because they deny. They deny 100+ years of published science. They actively must ignore, dismiss, or concoct some elaborate conspiracy of "fraud" encompassing thousands of scientists from all over the world going back more than a century. Even well-known and demonstrated basic physics is in on this grand conspiracy. When you have to deny the entire body of published science and replace it with something off a conspiracy blog or a climate denial lobbyist website then, well, you're a denier. By definition.

Fourth, they can't even get the basic facts of Galileo correct. Cruz and all climate deniers like to ring the "Galileo" bell alongside the "flat-earth" bell (when they aren't inducing Pavlovian responses by screaming "Al Gore!!"). But Galileo had nothing to do with flat-Earth, as it was well established scientifically that the Earth was round (hence Columbus sailing the ocean blue long before Galileo was even born). What Galileo did was show that the Earth revolved around the Sun rather than the opposite. Copernicus had suggested this long before, but Galileo had the audacity to 1) demonstrate it through measurement with his telescope, and 2) publish it in Italian (instead of the less-accessible Latin) so common people could read it. It was Galileo the scientist who went up against the dogma of the Papacy.

Therefore, if Cruz and his fellow Koch-funded deniers would like to get their roles correct, Cruz would be akin to the dogmatic church protecting their doctrines of faith by edict. It would be today's climate scientists in the Galileo role, diligently measuring and documenting the science.

And this is what is so amazing about the Galileo Delusion; the perpetrators of climate change denial don't even care that they don't get the facts right. To them this is all about political expediency. Making stuff up to them is an adequate substitute for accurate facts, especially if it fits in a bumper sticker sound bite.

Scientists, on the other hand, have to do actual scientific research, publish it, and have the science stand up to scrutiny. Which climate science has done. If anything, man-made climate change is proceeding at a pace faster than what we anticipated. The delusional pontifications of Ted Cruz and his denier colleagues are to blame for the lack of more substantial action. Which is why the climate denial lobbyists spend so much money on false sound bites for the Ted Cruz's of the world to dishonestly parrot. It blocks policy action.

By the way, it should be noted that lobbyists routinely adopt language describing their own actions and accuse their adversaries of doing it instead. It's reminiscent of George Orwell's "doublethink" from his dystopian novel, Nineteen Eighty-Four. Future posts in Exposing Climate Denialism will address this cynical misuse and abuse of language.