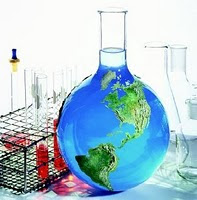 The Environmental Working Group (EWG), long known for its reports on chemicals found in people, cosmetics, and sunscreens, has written a letter to USEPA Administrator Lisa Jackson urging her to use EPA's authority to compel the chemical industry to conduct biomonitoring studies.  EWG argues that "biomonitoring studies are regularly conducted by academic and government scientists and have become vital elements in determining toxic pollutants found in the bodies of Americans and the health risks these chemicals may pose," but that there was "little evidence that industry is submitting biomonitoring studies to EPA." According to EWG President Ken Cook:

“Logically, the chemical industry should be conducting the same basic studies to understand the safety of its chemicals for the public. And if not, then why not?”

According to their news release, the NGO "strongly advocates that regulators and industry test for synthetic chemical contaminants in people, especially in human umbilical cord blood. These tests demonstrate how readily chemicals enter and accumulate in our bodies, even during the earliest stages of development.”  Cook argues that section 8(d) of TSCA gives EPA the authority to require the submission of "unpublished health and safety studies, as well as authority under TSCA 8(e) to require immediate notification of any evidence of "substantial risk."

The letter from EWG to Administrator Jackson can be read and downloaded as a PDF here.
Posted by The Dake Page at 4:49 PM