What is the Greenhouse Effect and what does it have to do with global warming?


Last week we took a look at some basic definitions needed to understand climate change (or global warming). This week we'll discuss the basic principles and history of the greenhouse effect, on the fundamental truths that explains why Earth has the global climate range is has.

The greenhouse effect is pretty uncontroversial. It is basic physics. And it is why we can live on this planet.

In short, the greenhouse effect is the process by which light energy from the sun, upon passing through the atmosphere and reflecting off the earth, is partially blocked from leaving the atmosphere again. This is what warms the earth.

The basic principle is shown in the picture below. 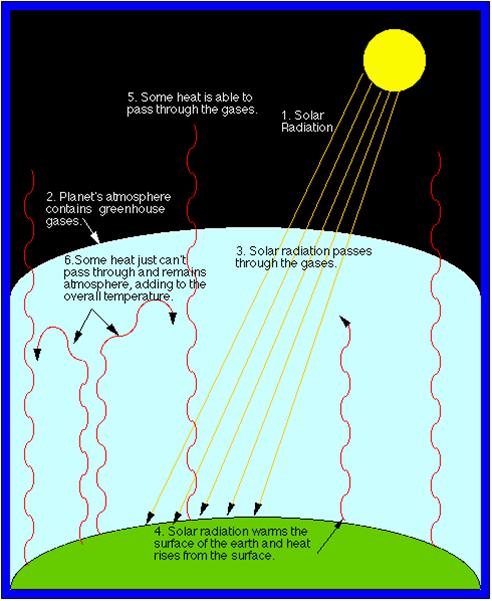 For a quick primer about how the greenhouse effect works, check out this animated diagram.

If you want a little bit more detailed information, here is another good source.

And if you really want something to sink your teeth into, try this slightly more technical and expansive site.

One quick caveat. Though it's called the "greenhouse effect," actual greenhouses work slightly differently. The sun energy that comes into a greenhouse and reradiated is physically trapped by the glass. In the atmosphere the trapping is caused by the chemistry and physics of greenhouse gases. So the greenhouse effect is named more for its similar effect and not the actual mechanism. Don't let deniers confuse you on this simple difference.

As noted, this greenhouse effect is not controversial at all. It's well understood and has been demonstrated unequivocally to occur. 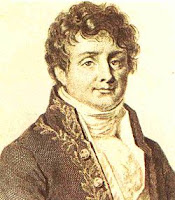 In fact, scientific understanding of the basic physics of the greenhouse effect has been building for over 200 years. Contrary to what some seem to think, the greenhouse effect was not invented by Al Gore in 2006 when his movie, An Inconvenient Truth, was released. It was first named in 1827 by Joseph Fourier, who was a mathematician in Napoleon's army.  [BTW, that's Fourier to the left...I included his picture because the poor guy never gets any credit]  In any case, Fourier came up with the idea that outgoing infrared energy would be blocked by gases in the atmosphere, more or less analogous to a pane of glass in a greenhouse. This built on the work of Sir William Herschel, who besides discovering the planet Uranus and writing symphonies had discovered in 1800 that energy can be transported by invisible infrared radiation. 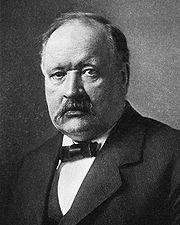 Then in 1896 a Swedish scientist named Svante Arrhenius (that's him, right) calculated that doubling the carbon dioxide concentration in the atmosphere would increase the temperature of the Earth by about 4-6°C on average (roughly 7-11°F). Despite having to make thousands of calculations by hand and the lack of measurement instruments at the time, Arrhenius's estimate is not too far off from the more up-to-date estimates of 1.5-4.5°C (about 3.4-8°F). This increase in global warming due to the doubling of CO2 has come to be known as "climate sensitivity," that is, how sensitive is climate to the increase in CO2 and other greenhouse gases. Still another guy, actually a dashing young Englishman named Guy, as in Guy Stewart Callendar, came around in 1938 to estimate this climate sensitivity to be about 2°C (about 3.6°F).

Wow, so it seems that the greenhouse effect is well known and built on knowledge that goes back to the work of scientists over two centuries ago. Knowledge that has expanded as technology has enhanced our ability to measure what we couldn't measure and calculate by computer what Arrhenius and others could do only by hand. It wasn't something Al Gore made up at all. There is, in fact, a whole body of science behind this simple concept.

Of course, we already knew that. Only deniers mention Al Gore in a sort of Pavlovian bell-ringing drool when they don't want to admit the long history of scientific understanding of the greenhouse effect. Actual climate scientists rely on over 100 years of peer-reviewed published scientific research papers (over 200 if you go back to Sir William Herschel's earliest discoveries).

As I noted at the beginning of this article, the greenhouse effect is why this planet supports life. Without it we would be like either Venus or Mars, either too hot or too cold. It is scientific fact that increasing greenhouse gases cause an increase in atmospheric temperature. Without this greenhouse effect, the surface temperature of the Earth would be much, much colder than it is! And that wouldn't be good at all, at least for us humans and most other plants and animals.

For those who are into the mathematical proofs of such things, you can read Proof of the Atmospheric Greenhouse Effect, a paper published in 2008 by physicist Arthur Smith.

So the greenhouse effect is natural and keeps us warm. The problem is that we've created an enhanced greenhouse effect by adding greenhouse gases to the atmosphere at an unprecedented rate, and that is causing the surface temperature to warm. That warming is causing all sorts of other climate problems as well, which we'll go into as this series continues.

That's enough for today. Take some time to become familiar with the general concept of the greenhouse effect. In future posts we'll take a look at the relative contributions of the various greenhouse gases, as well as other "forcings" that affect climate.

[This is part of a series of posts explaining the basic science of climate change. More posts will be added weekly.]

A July 1, 2017 New York Times article says that "Chinese corporations are building or planning to build more than 700 new coal plants at home and around the world, some in countries that today burn little or no coal, according to tallies compiled by Urgewald, an environmental group based in Berlin. . . Overall, 1,600 coal plants are planned or under construction in 62 countries. . . The new plants would expand the world’s coal-fired power capacity by 43 percent. . . .Some of the countries targeted for coal-power expansion, like Egypt or Pakistan, currently burn almost no coal, and the new coal plants could set the course of their national energy policies for decades, environmentalists warn."
Obviously, the Chinese do not agree that "the science is settled" or they would not be doing this. Or perhaps they don't care.
Either way, the measures discussed in this article would seem to be futile.