How to Talk to Climate Deniers 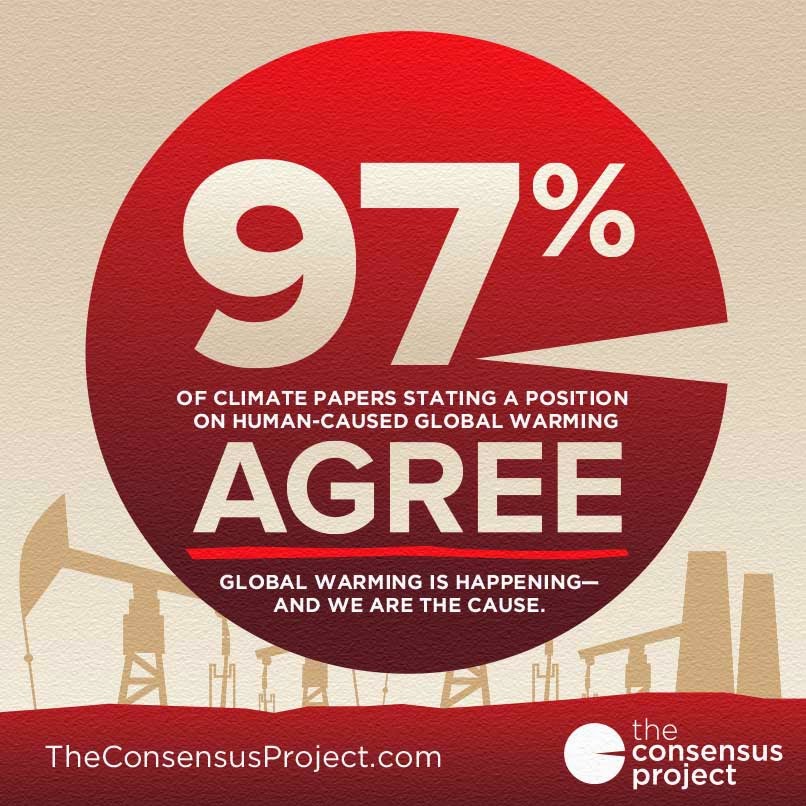 Talking to climate deniers can be a difficult experience. And yet, scientists - and the public - must talk to deniers. Well, sometimes. The first step in any interaction with climate deniers is determining whether it is worth the time. Many times it simply is not. Deniers' own willful ignorance can in itself demonstrate to anyone watching the deniers' lack of veracity. For these deniers, which includes your typical internet trolls, interaction is what they crave, no matter how ignorant, obnoxious, and often, downright dishonest, they demonstrate themselves to be. Exploiting any interaction gives these folks the self-validation their psyche demands. They can be ignored.

But sometimes climate deniers spread falsehoods that aren't so easily recognized as such by passing readers or listeners. It is to these deniers that scientist Michael Raupach suggests climate scientists need to speak, though perhaps not in direct "debate." What Raupach really means is that scientists should be correcting the record and ensuring the public gets accurate climate science, not the falsehoods so often repeated by denialist groups. In a speech to the Australian Academy of Science, Raupach "called on his colleagues not to sit on the sidelines of the political debate about global warming and other environmental issues, given the evidence they present asks society to consider fundamental changes."


Invariably, it is the conservatives (or more accurately, the extreme political wing who call themselves conservatives but who are really more of reality-deniers) who ignore the science in favor of their rehearsed talking points. So how does one convince ideologically motivated people to stop denying the science and instead take responsibility for dealing with it?

Dana Nuccitelli, writing in the Guardian, says that "facts can convince conservatives about global warming - sometimes." He notes that in new research led by Sophie Guy, "across the participants as a whole,


People who were knowledgeable about climate change believed more strongly that it is happening, that it is being caused by human activities, and that it has negative consequences than those with less knowledge."


"conservatives of a libertarian flavor were more likely to accept that global warming is happening when they had a better understanding of the climate. This indicates that some conservatives are persuadable; that information, evidence, and facts can potentially break through their ideological filter."

And yet, certain conservatives will actually be less persuaded by more information because they convince themselves they know better than actual climate scientists. This is the basis for the concept, "Confidence of the Dumb."

Science writer Chris Mooney notes another study in which the ample us of pie charts - not bar graphs, not data tables, not line charts, but pie charts - may be the best way to convince conservatives that man-made global warming is real and that debate should be focused on which policy options provide the best strategies for dealing with the science. Mooney argues that this technique emphasizes one fo the best ways of communicating anything - "You keep it simple, and you show pretty pictures."

Climate scientists would be wise to take that advice.

[Note: Pie chart from Skeptical Science]
Posted by The Dake Page at 8:30 AM

You seem to be stuck in a past paradigm. The word denier is not used by many now as more have realized that its right to be skeptical about the claims of impending doom. Please realise that most people have moved on. It isn't warming and the missing heat unlikely to be hidden in the deep pacific or atlantic oceans. Please move on to environmental issues that really matter like deforestation (encouraged in parts of the world by a move away from fossil fuels ). Thanks

Your idea of "facts" is a 97% opinion consensus. Even if the 97% figure were true, which it isn't, that's not how science is done.

Facts are more like: a warming pause for 18 yrs now & imminent global cooling from a quiet sun.

Facts are like: there is no acceleration to sea level rise that's been happening since the last ice age.

All the foregoing are facts that go against the climate models -- models that become more detached from reality by the day.

Note that the 9/25/14 post addresses the concept of "repeating falsehoods" in the hopes that somehow they become true. While the science of man-made global warming has been documented for decades in the scientific literature, every denialist comment has shown to be based on nothing more than falsehood time after time.