Communicating Climate Change in an Era of "Skeptics" 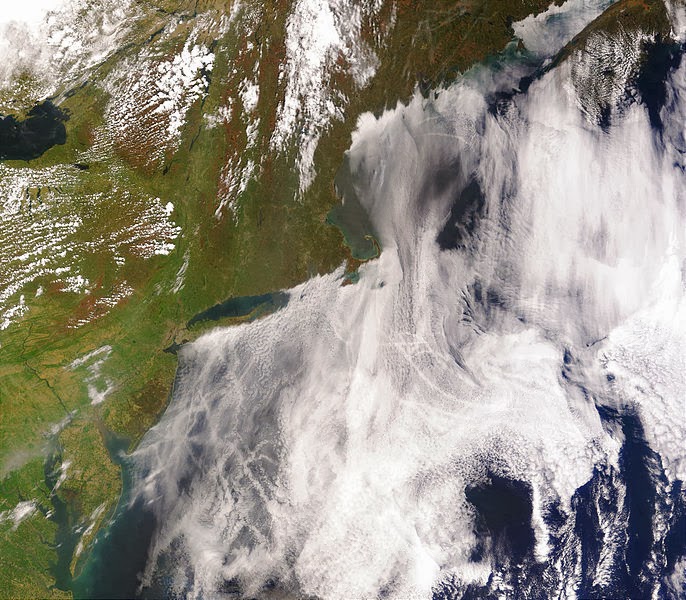 So man-made climate change is real. It's happening. And it's due largely to human activity. That is the conclusion of the Intergovernmental Panel on Climate Change (IPCC) in their most recent update on the state-of-the-science.

The IPCC concluded that "Warming of the climate system is unequivocal" and it "is extremely likely [95-100% certainty] that human influence has been the dominant cause of the observed warming since the mid-20th century."

You can't get any more clear than that.  It's warming, and we're the main cause. Oh, and we need to do something about it because there are severe ramifications to all mankind from the changes to our climate. It's unequivocal.

So why aren't we doing anything? Why aren't the two parties in the United States Congress competing to come up with the best plan for dealing with this unequivocal, extremely serious, issue? Why don't we see the British Parliament and the European Union debating policy options? Why is Australia, after beginning to institute one policy mechanism, suddenly trying to repeal the measure?

We've identified a problem, the science is clear, the consensus of the world's scientific experts is nearly unanimous. So why aren't we taking action? It's a question for the ages.

Actually, it's not all that complicated. Us humans are a funky species in that we have the capacity to make choices that change our circumstances. And yet we hate to change. We get comfortable, though "comfortable" often just means "being used to the way things are" even when "the way things are" isn't really how we would prefer them to be. Just think about the number of people who say they hate their jobs, yet hate the prospect of quitting and finding something new. We hate change.

Add in that there is an entire industry of climate "skeptics." These skeptics provide the cover us "afraid of change" humans need to avoid making the tough decision to change. I'll talk more about climate skeptics in the future, but suffice to say there are the professional "skeptics," those who get paid to provide the fodder, and amateur "skeptics," those who quite unskeptically swallow that fodder.

This leads to a dangerous dynamic in which some parts of society intentionally misrepresent the state-of-the-science (largely because they don't like the policy options) and other parts of society gobble up the misrepresentations (largely because they don't want to know the state-of-the-science...because it makes them feel uncomfortable).

So how do scientists and other interested parties effectively communicate the science so that we take the necessary action? It doesn't help that scientists are used to conversing with other scientists in language that can be incomprehensible to the general public. Publish in a scientific journal, debate in scientific meetings, and let someone else communicate the information to the people deciding how to address the science in the public policy arena. Well, we've seen how well that works, especially when there are people out there with wide influence who feel their source of profit might be threatened.