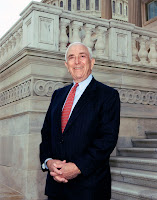 Senator Frank Lautenberg (D-NJ) and 25 other Senators, including three Republicans, wrote a letter to EPA Administrator Lisa Jackson yesterday to "express our support for...actions to address a class of flame retardant chemicals called polybrominated diphenyl ethers (PBDEs)."  PBDEs are "found in a number of everyday consumer products" and were the subject of a recent Chicago Tribune investigative report that "revealed that flame retardant manufacturers may have misled the public for decades regarding both the risks and efficacy of these chemicals."

As part of its chemical action plan issued in December 2009, EPA proposed several actions under its existing TSCA authority to address the risks of PBDEs and collect additional data for assessment. Some of those actions are in progress while the implementation of others are uncertain given the continuing attempts to cut EPA budgets and limit its use of TSCA authority.  In the letter the Senators "commend the EPA for taking steps to address PBDEs," but acknowledge that Congress must take action to reform the current TSCA law.

Lautenberg introduced his latest version of the Safe Chemical Act this past year but has been unable to move it even to committee debate because no Republicans have offered any support for discussions to take place.  Lautenberg did get three Republican Senators - Olympia Snowe and Susan Collins from Maine and Lisa Murkowski from Alaska - to sign on to this current PBDE letter and has hopes that Republicans will concede to begin debate on TSCA reform.  However, Senator Snowe is retiring at the end of this term and given the unlikelihood of any significant action being undertaken prior to the November elections, it may be that Lautenberg is leaning more on wishful thinking than any actual belief that Republicans will agree to support TSCA reform.

More information can be found on Senator Lautenberg's web page.

The letter can be viewed or downloaded as a PDF here.