TSCA Chemical Control Bill to be Introduced by Senator Lautenberg - What Happens Next? 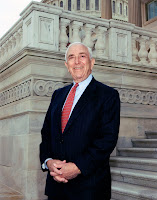 Senator Frank Lautenberg has been promising to introduce his new version of the Kid Safe Chemical Act "soon" for over a year now. But now multiple sources suggest that he will do so as early as tomorrow. Once he does, what happens next?

Based on his statements, and the statements of others, during Congressional hearings, it seems likely that his bill will lean more to the liking of the advocacy community and less to the liking of industry. The bill could very well require data to be provided on all chemicals in commerce, which the NGOs want, and not just on a case-by-case basis for an EPA-prioritized short list, which the industries prefer. Since this is a mid-term election year, and expected to be a contentious one at that, it would not be surprising to see Senators and House members stake claims in firm positions at either end of the spectrum, thus setting up the potential for stalemate that keeps any bill from passing during this session. That would be unfortunate since all stakeholders agree that modernization to TSCA is necessary. Advocacy groups and EPA want greater availalibility to data on chemicals, and industry wants the greater certainty of one federal standard rather than a patchwork of state by state regulations.

Based on public statements by various stakeholders, the key areas of likely disagreement include:

1) What chemicals will require data? Industry believes that only a subset of prioritized by risk chemicals should be the subject of data call-ins while NGOs believe data should be provided on all chemicals.

2) What data should be provided? Should there be a base set of data required or should specific data be requested based on EPA's evaluation of what is needed to fill gaps.

3) Who has the burden? NGOs (and EPA) feel that industry must carry the onus of providing the data to prove their chemicals are safe, but that EPA must make the actual safety decision. Industry feels that EPA should do initial assessments and ask questions only on those chemicals for which they have concerns, which industry would then address in a risk based approach.

4) Prioritization? Even if Congress allocates significant new funds to provide EPA with additional resources, all parties understand that any new data and assessment requirements will run into the problem of inadequate resources over the short term. So some way to prioritize the chemicals most of concern is necessary. Here industry again wants EPA to do an initial review and identify a short list of chemicals for which additional data are necessary, while advocacy groups want industry to provide the data first and then the EPA will have the information it needs to prioritize further assessment. One compromise might be to prioritize the low hanging fruit - those chemicals that are PBTs, listed on other "concern lists", or otherwise well known to be substances of very high concern - all while resetting the TSCA Inventory to only those chemicals currently in commerce and having a phased collection of data for only those chemicals that remain.

5) Standard of Regulation? Most stakeholders agree that the current standard is inadequate. EPA has found it difficult to demonstrate that an existing chemical "may present an unreasonable risk of injury to health or to the environment" when in most cases it doesn't have the data on which to base an assessment. But is the "reasonable certainty of no harm" standard lowering the bar for action too much?

6) Jobs? Impacts on jobs will likely be raised by industry, pointing to the current recession as proof that industry is not capable of a REACH-like system. Meanwhile, what provisions will the bill include to ease the disproportionate burden on small and medium sized companies?

7) Confidential Business Information? EPA has taken recent steps to curb what it sees as abuses to the use of CBI claims by industry, but the fact remains that CBI is very important to protect the competitive advantage of companies developing new products.

The list goes on and we could include incentives for green chemistry and innovation, animal welfare issues, logistics of making data public, and many other issues.

Once the bill is introduced I will give a summary of its major provisions, followed in ensuing days with analysis of the specific areas of contention, industry and advocacy proposals, and possible resolutions.

Look for a pretty active next few weeks!!
Posted by The Dake Page at 3:01 AM

Thanks for the post! Enjoyed it as always and look forward to your analyses to come.