With TSCA Chemical Reform Almost Here - Will It Look Like the 2008 Kid Safe Chemical Act? 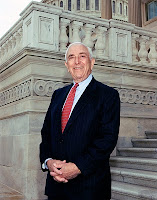 In anticipation of Senator Lautenberg's reintroduction of the Kid Safe Chemical Act, it is perhaps instructive to go back and look at what the last version of the Act required. The caveat, of course, is that the new version will be considerably different (one can hope), but it is likely that at least some of the basic principles from the bill introduced by Senator Lautenberg in 2008 will be included.

The Kid-Safe Chemicals Act of 2008, which would have required chemical manufacturers to demonstrate the safety of their chemicals and would have outlawed the sale in the US of any compound that lacks a minimum set of data, was introduced May 20, 2008 in the Senate by Frank Lautenberg (D-NJ) and concurrently by Reps. Hilda Solis (D-Ca) and Henry Waxman (D-CA) in the House. The legislation proposed that the minimum data required to have access to the US market would include information about whether a chemical has the potential to persist or bioaccumulate in human bodies or nonhuman organisms, whether it would irritate the skin; whether it would persist in the environment; whether it would harm reproduction or development; and whether it would degrade into other chemicals that cause harm. The legislation would expand the biomonitoring program currently run by the Center for Disease Control and Prevention, which would fund the extended program through user fees paid by chemical manufacturers.

The following from Senator Lautenberg’s office at the time gave some of the “highlights.”

Require Basic Data on Industrial Chemicals: Chemical companies must demonstrate the safety of their products, backed up with credible evidence. Chemicals that lack minimum data could not be legally manufactured in or imported into the United States.

Place the Burden on Industry to Demonstrate Safety: EPA must systematically review whether industry has met this burden of proof for all industrial chemicals within 15 years of adoption.

Restrict the Use of Dangerous Chemicals Found in Newborn Babies: Hazardous chemicals detected in human cord blood would be immediately targeted for restrictions on their use.

Use New Scientific Evidence to Protect Health: EPA must consider and is authorized to require additional testing as new science and new testing methods emerge, including for health effects at low doses or during fetal or infant development and for nanomaterials.

Establish National Program to Assess Human Exposure: The federal government’s Center for Disease Control and Prevention (CDC) is to expand existing analysis of pollutants in people to help identify chemicals that threaten the health of children, workers, or other vulnerable populations.

Expand the Public Right to Know on Toxic Chemicals: New, Internet-accessible public database on chemical hazards and uses will inform companies, communities, and consumers. EPA is to rein in excessive industry claims of confidentiality.

Invest in Long-Term Solutions: New funding and incentives are provided for development of safer alternatives and technical assistance in “green chemistry.”

Will the new Kid Safe bill include these provisions? That remains to be seen. I think it likely that the principles above will be conformed to the current EPA principles for reform presentated in the fall of 2009 by Administrator Jackson. And of course, we will have to wait until Senator Lautenberg introduces the actual bill.
Posted by The Dake Page at 3:47 AM