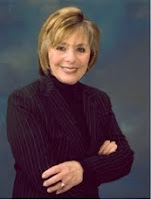 Senator Barbara Boxer is holding a hearing today, March 17, 2010 entitled, "Hearing on the Government Accountability Office’s Investigation of EPA’s Efforts to Protect Children’s Health." While not billed as part of the TSCA reform effort specifically, clearly this hearing is related as the key focus on the new chemical contol bill is likely to be on the protection of children from chemical exposure. Hence the "Kid Safe" moniker of the bills introduced in previous Congresses by Senator Frank Lautenberg.

The Government Accountability Office’s (GAO) is often called on by Congress to look at various issues, and John Stephenson (see below) is a frequent witness relaying the results of GAO investigations. Today's hearing will look at the GAO's evaluation of the Environmental Protection Agency’s (EPA) children’s health program. The committee will also examine what can be done to strengthen protections for children. In addition, Senator Bill Nelson (D-FL) is also expected to give testimony on the federal government’s role in investigating children’s health issues and how that can be improved.

Witnesses scheduled to testify include:

The hearing is being held in the Environment and Public Works Hearing Room, 406 Dirksen Senate Building, Washington DC. It also is expected to be webcast live.
Posted by The Dake Page at 3:31 AM