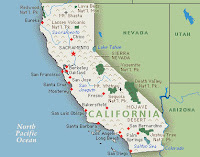 As people following this blog no doubt have noticed, biomonitoring seems to be playing a significant part in the discussions for reform of the Toxic Substances Chemical Act (TSCA). California always seems to lead the pack when it comes to making changes that protect the environment, but the current recession has caused some problems for the watershed biomonitoring program already signed into law in 2006.

Like many states hard hit by the recession, California has recently had to furlough some staff at the California EPA, which along with the California Department of Public Health, administers the biomonitoring program and that has meant a delay in issuing a mandatory report to the state legislature on the status of the program. But the furloughs seem to be more of the tip of the iceberg, the mass of which is related to the overall deficiency in funding for the program.

The realities of the economy are that money is tight, especially with the state and federal agencies that are responsible for administering the various human and environmental health protections. Evidence seems to show that the economy is picking up and that 2010 will be a better year for most industries, including the chemical industry, but government agencies are likely to see continued cost containment for quite some time. The ramifications of this are two-fold. First, the recovering, though still fairly weak, economy may be used as an excuse not to "put additional regulatory burdens on industry." But it also demonstrates why industry, and not governments, should be responsible for demonstrating the safety of chemicals and products put on the market. Currently the system requires EPA to find significant harm, something they can't easily do given TSCA's lack of requirement to provide test data. The new system will almost certainly require test data, or other relevant and defensible data, to be submitted before new chemicals go on the market and to keep existing chemicals on the market.

The testing issue raises some additional questions related to animal welfare and the extrapolation of animal data to human effects. I'll try to address this aspect in future posts. Let me know if there are specific questions or issues that you would like me to discuss.
Posted by The Dake Page at 4:34 AM