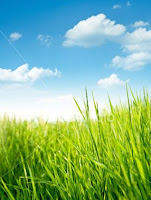 Grassroots has become a bit of a tenuous term these days. It used to mean that local people got together and started pushing for or against some issue of concern to them. And like grass, it grows from the bottom up until there is a field of activity that impacts the issue. That was in the old days. Now it seems that grassroots means a top down manufacturing of public opinion organized by trade associations, unions, or advocacy groups.

That isn't all bad, I suppose. It can help focus the issues in such a way that local people who are busy with their daily lives can become aware of issues that impact them. The internet has given everyone (including me) a chance to blog about what they think, but also a mechanism by which lobbying organizations can affect public opinion in ways that benefit them (the lobbying organizations, not the public). I guess my concern is that it has to be clear for whom (or what) the "grassroots" are actually rooting.

As has become all too obvious in such issues as climate change, there are many organizations that sound scientific but are really front groups for lobbying efforts. They don't actually conduct science, but rather cherry pick that which can be made to appear to support their goals. While not so extreme, I have seen some organizations starting to pop up that suggest superficially that they are "non-profit" organizations interested in the social welfare of TSCA reform. They give the illusion of being grassroots when in fact they are coalitions of industry groups lobbying for changes to TSCA that maximize the benefits and minimize the obligations of industry. Nothing wrong with looking out for industry interests, just as there is nothing wrong with the advocacy organizations looking out for the public interests, but it just seems that to do so surreptitiously is unbecoming.

I'll have more thoughts on the interaction between science and policy in future pieces. And I'll continue to keep everyone up to date on the upcoming TSCA reform bill. I will also begin addressing some of the issues and questions raised in comments to this blog, so please continue to ask for and offer insights into key issues that may not be getting enough attention.
Posted by The Dake Page at 3:56 AM