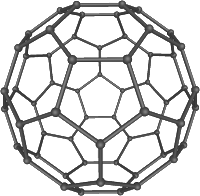 Because of the less than thrilling results from the voluntary Nanoscale Materials Stewardship Program initiative begun during the Bush presidency, the USEPA is planning to propose a new rule requiring manufacturers of nanomaterials to submit data on production, exposure and available safety information.

The rule, developed under Section 8 of the Toxic Substances Control Act (TSCA) will be designed to “establish reporting requirements for certain nanoscale materials.” It would require manufacturers to provide information on “production volume, methods of manufacture and processing, exposure and release information, and available health and safety data." EPA would then evaluate the information and consider appropriate action under TSCA to reduce any risk to human health or the environment. Look for this Section 8 rule by June 2010.

But EPA isn't stopping there. They also plan a second rule, this one under the authority of Section 4 of TSCA, which would require manufacturers to study adverse health effects of multi-walled carbon nanotubes and nanoscale clays and alumina, which are widely used nanomaterials. The Section 4 test rule is expected sometime around November 2010.

As with the recent use of "action plans" for selected chemicals, the move signals that EPA is aggressively using what it sees as existing authority to regulate chemicals under TSCA. In the past the Agency was hesitant to push the envelope, most noticeably after a 10-year battle to ban asbestos was lost in court over the burdens of technical proof. However, the new environment is more of cooperation rather than antagonism between EPA and industry, and all parties seem to be in agreement that TSCA needs to be modernized. With that inevitability in mind, EPA is less likely to be challenged on attempts to use the data they have in-house to take action they feel is necessary.
Posted by The Dake Page at 4:01 AM