Our Informed Future - A New Database of Endocrine Disrupting Chemicals 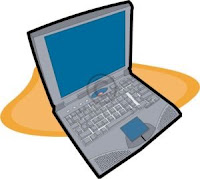 The organization run by Dr. Theo Colburn, famous for her book "Our Stolen Future" has launched a new web page called "Critical Windows of Development." The Endocrine Disruption Exchange (TEDX) is sponsoring the site, which provides a interactive bar graph that allows the user to track stages of fetal development versus scientific studies that show the endocrine (hormone) disrupting effects of three major chemicals - bisphenol-A (sometimes known as BPA), phthalates and dioxin - in rats and mice. Needless to say, these three chemicals have been the subject of quite a bit of controversy and many advocacy groups are seeking to have them banned or regulated severely.
The first two are commonly used in plastics and so have widespread use in consumer goods, which is part of the concern. Some studies suggest both BPA and phthalates can affect critical stages of fetal and young children's development even at very low exposures. The third chemical, dioxin, is not actually commercialized but rather a common by-product of combustion.
In her statement at the web site launch, TEDX president Theo Colburn notes “The unprecedented global increases in endocrine-related disorders such as autism, other learning and developmental disabilities, reproductive problems, diabetes, obesity, thyroid problems, breast, prostate, and testicular cancer and more, signal the need for a crash program in ‘inner-space’ research...The roles of contaminants in the womb must be addressed before it is too late.”
According to Colburn, the site will expand from the initial three chemicals. TEDX expects to add bioaccumulative polychlorinated biphenyls (PCB), polybrominated diphenyl ether (PBDE) flame retardants and the pesticide DDT by the end of this year.
The site represents a growing trend - online publishing of databases that contain the summary results of many studies over many years. This follows on the heels of the High Production Volume (HPV) Chemical databases that have resulted from the voluntary HPV Challenges in the US, Europe and Japan. The new REACH law in Europe will also put data on the web, as will the new US Chemical Assessment and Management Program (ChAMP).
Posted by The Dake Page at 1:25 PM