“Here at the Secret Science Club, all scientists are rock stars” 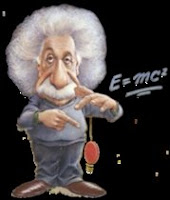 So announces Margaret Mittelbach, as she introduces that evening’s headliner: a microbiologist from Columbia University, who will talk about vertical farming within skyscrapers to create sustainable ecocities.

This is the monthly meeting of the Secret Science Club.

According to a Christian Science Monitor article dated today, "neuroscientists, marine biologists, astrophysicists, paleontologists, and genomics experts have all taken a bow at the Secret Science Club since it started three years ago." Founded by Mittelbach, fellow natural history writer Michael Crewdson, and Dorian Devins, a radio producer, the Secret Science Club began as a publicity event to launch their first book, “Carnivorous Nights: On the Trail of the Tasmanian Tiger.” The original event was "a wacky taxidermy contest," but it went so well that it grew into "a club where people could talk about science in an informal setting."

But the Club is not alone, as it belongs to a growing international community of “science cafes” (or “cafe scientifique” in Europe where they got their start 10 years ago) "where scientists and ordinary citizens can have a lively discussion in a social setting far from the lecture hall or laboratory."

On the whole, I think science clubs are a great idea. In fact, I might start one of my own.
Posted by The Dake Page at 2:10 PM