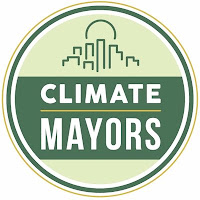 On Tuesday, February 20th, 236 mayors sent a letter to EPA Administrator Scott Pruitt warning him to stop attacking the nation's clean energy. Scott Pruitt is well known for his acts to destroy environmental and human health protections, in direct violation of his mandate as head of the EPA. The mayors responded vehemently.

Collectively, we represent over 51 million residents, in 47 states & territories across the country. We strongly oppose the proposed repeal of the Clean Power Plan, which would put our citizens at risk and harm our efforts to address the urgent threat of climate change.

The Clean Power Plan is simply a collection of EPA rules that address long-standing needs related to climate and clean energy. The rules were proposed by EPA during the Obama administration. Scott Pruitt is trying to roll back or void these rules to benefit the fossil fuel industry for whom he has been a front man for many years.

Rather than simply dictate how this will be done, the Clean Power Plan allows each state to determine how best to achieve the goals, and the specific goals are different depending on the circumstances of each state. The rules will lead to a reduction in reliance on carbon-dirty energy resources like coal, oil and natural gas (especially the former) and an increase in more sustainable renewable energy resources like solar, wind, and hydroelectric.  How this happens is up to each state. They may:


Mayors across the country provided input into the development of the Plan and strongly indicated that cities and states needed help from the federal government to address these national and global issues. In their letter they reminded Scott Pruitt that:

No one is insulated from the impacts of climate change – people in cities of all sizes, along with suburban and rural communities are all at risk. Residents of our communities have experienced harmful impacts of climate change such as dirtier air, increased heat-related illnesses and deaths, damaged and disappearing coastlines, longer droughts and other strains on water quantity and quality, and increasingly frequent and severe storms and wildfires.


These mayors took this extraordinary step to keep Pruitt and Trump from destroying all human health and environmental protections. Doing so would endanger all Americans, immediately and through our children's and grandchildren's lifetimes.

The full mayors letter can be read here. More in The Hill and Inside Climate News.