As I noted a couple of days ago, the US Senate is holding a hearing today on TSCA reform.  Technically, the Subcommittee on Superfund, Toxics and Environmental Health is holding the hearing, which is called "Assessing the Effectiveness of US Chemical Safety Laws" and features some key players in the ongoing discussions to modernize the 34 year old law.

PDF copies of their written testimony is now on the hearing web page and are linked to the witnesses below:


The Subcommittee hearing page has more information.
Posted by The Dake Page at 11:49 AM No comments:

On January 28th more than a dozen scientists wrote a letter to Congress, asking it to "take a fresh look" at climate data. They reminded Congress that climate science is not a partisan issue - "there are no Democratic or Republican carbon dioxide molecules; they are all invisible and they all trap heat."   The letter "emphasizes the importance of truly understanding the science of climate change, and stresses the need to prevent political ideology from clouding our scientific understanding of how climate change is impacting our way of life."

They also point out that:


Heat-trapping carbon dioxide is building up in the atmosphere because burning coal, oil, and natural gas produces far more carbon dioxide than is absorbed by oceans and forests. No scientist disagrees with that.

The remind Congress that the National Academy of Sciences has stated,


“Climate change is occurring, is caused largely by human activities . . . and in many cases is already affecting a broad range of human and natural systems.”

In short, "climate change is underway and the severity of the risks we face is compounded by delay."

They reiterate that climate scientists can only provide the science, which they have done. It is up to elected officials to exercise their responsibility to take policy action to combat the realities of climate change. The scientists recommended that Congress "hold hearings to understand climate science and what is says about the likely costs and benefits of action and inaction." Conversely, Congress "should not hold hearings to attempt to intimidate scientists or to substitute ideological judgments for scientific ones."

An article can be read on The Hill. Scroll down for the scientists' letter in its entirety. The full letter can also be read here.
Posted by The Dake Page at 11:18 AM No comments:

TSCA Chemical Reform Hearing in the US Senate Thursday February 3

TSCA reform may be dormant, but apparently not completely dead.  Since there appears to be little chance of the Republican-led House to initiate action this term, the Senate has decided to try to jump start the process again.  With this in mind, the Senate Subcommittee on Superfund, Toxics and Environmental Health will hold a hearing entitled "Assessing the Effectiveness of US Chemical Safety Laws" this Thursday, February 3, 2011.

The subcommittee is part of the Senate Committee on Environment and Public Works chaired by Barbara Boxer.  Frank Lautenberg of New Jersey chairs the subcommittee, and as you probably remember he has been the one to introduce the various "Kid Safe" bills in recent years, including last year's Safe Chemicals Act.  Joining Lautenberg is ranking member James Inhofe, who while historically not prone to supporting environmental legislation, has indicated he is committed to work with Lautenberg to come up with a TSCA reform bill that protects human health and the environment while also not unduly inhibiting industry growth.

Witnesses at the hearing, some of whom have become familiar faces at these events, are expected to be:

The Subcommittee hearing page will include copies of testimony once given. It will begin at 10:00 am EST in the EPW Hearing Room 406 Dirksen Senate Office Building in Washington DC.  As of this writing no indication of whether the hearing will be simulcast or not, but generally this is the case. 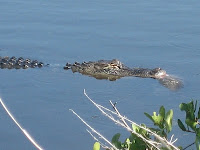 About 10 days ago I reported on a law suit filed by two NGOs in an attempt to force EPA to "consult" with the Fish & Wildlife Service and the National Marine Fisheries Service on pesticide issues as required by the Endangered Species Act.  Now the major crop protection chemical (i.e., pesticide) trade association has weighed in on the suit.

The trade association, CropLife America, which "represents the developers, manufacturers, formulators and distributors of plant science solutions for agriculture and pest management in the United States," offered the following on their web site:

“The Endangered Species Act (ESA) is an important legislative vehicle which helps facilitate the conservation of endangered plants and animals, yet the litigation filed by CBD and PANNA reflects the much larger issue: real ESA reform is required to protect endangered species,” said Jay Vroom, president and CEO of CLA. “However, litigation does not help to improve a system which can only be fixed through sound policy and legislation.”


CropLife America believes that, while the lawsuit "alleges that EPA has failed to consult with the...Services to ensure that crop protection products do not jeopardize endangered species," the NGOs "overlook the numerous benefits of modern agriculture, its rigorous regulatory oversight and proven role in protecting America’s wildlife."  In other words, think of all the good that pesticides do for society.  But there is more, obviously, to the story as CropLife and the NGOs differ dramatically on the value of pesticides.  CropLife believes that they allow for greater crop growth, which means greater and more efficient food production.  The NGOs believe that pesticides epitomize the problem of reliance on monoculture, which requires heavy chemical usage to combat the resulting pest species that would otherwise not be able to gain a foothold.


Both groups would agree that a better consultation process is needed.  The NGOs think that having EPA make what are essentially summary decisions by themselves is a conflict of interest since EPA also garners fees for registering pesticides.  CropLife believes that bringing in the Services creates a huge stranglehold on innovation and the ability to bring new, and presumably safer, products onto the market.  This argument has been going on for years and perhaps is the real reason behind the NGO law suit - to get a case that can cause there to be decisions made on how to proceed.  Clearly a more effective procedure, both from an efficiency standpoint and from a human health and the environment standpoint, is needed.
Posted by The Dake Page at 1:26 PM No comments: