Have you noticed how politicians and the media are great at providing false choices? These are “choices” that are created as straw men to oversimplify the issue to the point of having to choose between either being for it or against it…making things black or white when they are really different shades of gray. Both Republicans and Democrats do it. As do the media.

For example, while the Democrats say they are for “a new direction” and want to set an “exit timeline” the Republicans call any timeline a “surrender date” that will embolden the terrorists (um, like the terrorists haven’t been emboldened already). It’s either “cut and run” or it’s “winning.” The “surge” to some is an “escalation of the war” to others and "reinforcements" to still others. Either we “win” in Iraq or “the terrorists will attack us here.” Regarding the likely failed attempt to resolve the immigration issue, it is either “amnesty” or a "path to citizenship;" a “comprehensive” solution that couldn’t possibly work unless it includes a “guest worker program.” Some Republicans have taken to using the term “Democrat Party” (vs. the proper “Democratic Party”). You are either “Pro-Life” (as opposed to “Pro-Abortion”) or “Pro-Choice” (as opposed to “it's a life, not a choice”). Candidates either "win" or "lose" the debates (er, the election is almost 1-1/2 years away...shouldn't the debates at this point be considered "debates," i.e., a chance to voice viewpoints and perhaps even listen to opposing viewpoints rather than a game of cut-throat?)

You get the idea. Each of these false choices belies the bias of the individual or group spouting them. However, by simplifying complicated issues into “bumper sticker slogans” (as presidential candidate John Edwards recently called the “war on terror”) we lose the ability to have an honest debate about arguably legitimate differences of opinion. Notice how the media pundits focused entirely on the controversy of Edwards’ choice of language rather than the real question of what in fact the “war on terror” actually means. Doesn’t it make sense to look at the “war on terror” in the context of, for example, the “war on drugs?” Clearly the decades-long war on drugs hasn’t come close to removing illegal drugs from our society. Some would argue that drug use goes through faddish cycles and that the billions of dollars we spend is really nothing more than an expensive public relations campaign. Others would argue the opposite, but the point here is we don’t really discuss the effectiveness of programs; somehow we equate the amount of money we spend as a measure of whether a program is worthwhile. The recent immigration bill, for example, equated the amount of money allocated, the number of border agents hired, and the number of miles of fence built as “proof” that the “border security” part of the deal had been met, thus allowing the “guest worker” and “path to citizenship” phases to begin. Wouldn’t it make more sense to set the benchmark as something like “a reduction of illegal border crossings to 5-10% of 2007 levels?” Wouldn't that or similar metrics actually measure the endpoints we're really interested in rather than some false straw man that makes it look like we're doing something? By playing with the language we do ourselves a great disservice and, in all honesty, deflect ourselves from the possibility of resolving the issue at hand. Clearly our elected officials have devolved into making decisions based on the affect on electability. Perhaps we, the people, should take more seriously our own role in this democracy and demand some semblance of accountability?! Perhaps we need to pay more attention and stop abdicating our responsibility.
Posted by The Dake Page at 6:20 AM No comments: 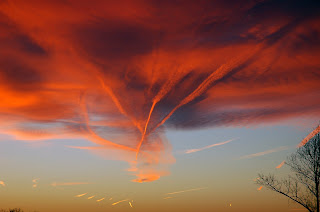 Ah, the CNN debates. First the general. Both were emceed by Wolf Blitzer, which I believe worked better than the earlier debate format (at least overall). The flexibility he had to keep the pace moving and ask follow up questions allowed for more interaction, which after all is what debates are supposed to be. Both the Democratic and Republican groups (8 and 10 folks, respectively) kept to their expected party lines, with for the most part only some limited variations between candidates within a party. The Republicans managed to tie every issue to "national security" ("Fear Factor"), while the Democrats often dealt with issues as independent from each other ("Living in a Vacuum").

In Sunday's Democratic session, Hillary Clinton clearly was in the most control of the debate. At times I felt the other candidates were looking up to her rather than debating her. Her main strength was turning every question into an attack on the current Administration rather than an attack on her fellow Democratic candidates. Conversely, Edwards spent most of his time trying (unsuccessfully in my opinion) to challenge Clinton and Obama. The two surprises to me were the lack of Richardson's ability to project comfort in his answers and Biden's outspoken "straight shooter" persona. The others were largely for counterpoint and/or entertainment value (not to minimize their very useful contributions, since they often were less afraid to offer more daring opinions). Richardson clearly should be considered Vice-President material, as should be Senator Dodd, who was actually quite good in his supporting role. Biden might also be a good VP, though I doubt he would take the job (nor would I recommend it to him...he can be much more effective where he is currently).

In tonight's Republican debate, Guiliani strengthened his leadership persona, comfortably fielding questions and calmly deflecting any criticism. He clearly learned from the pundit's assessment of Clinton's performance (and Ronald Reagen's rule about not criticizing fellow Republicans) and turned most questions into a chance to accuse Democrats of being clueless, weak, and downright dangerous. McCain showed much more restraint and control (well, for the most part) than the previous debate and came off being forceful and capable. Romney showed that he is likeable and a good communicator (I would suggest that he is Republican version of Bill Clinton, albeit with higher moral standards, but I'm guessing Romney would not appreciate the comparison). Some of the other Republicans had their moments, but it's likely it'll come down to these three, plus whatever happens with Thompson (Fred, not Tommy) and possibly even Gingrich.

There were some scary moments in tonight's debate. One was when lightening apparently interfered with the microphones just as Guiliani was beginning to explain his abortion views (divine wrath?). Another scary moment was listening to Huckabee's religiosity lecture. Overall, God and Ronald Reagen were ubiquitously "in the room" throughout the Republican debate. God was at the Democratic debate as well, though perhaps spent most of his time in the Green Room (providing a moral compass but not given credit for steering the ship).

Because of the lengthening of the campaign process for this presidential election, there will apparently be many more debates. Presumably the numbers of participants will decrease (Wolf clearly didn't give equally time to everyone, but everyone did get some air time). My hope is that after the minor candidates drop out that the debates can be reformatted towards "single issue" sessions. Let one hour be entirely on Iraq/War on Terror/Iran/etc. Another can be on immigration. Another on education. Etc. Doing so will allow something more than the sound bite mentality, where candidates take advantage of their brief on-air time to spout their canned talking points. Even if a particular candidate does not become the nominee, such an issue-oriented format will surely stimulate more lively, interactive discussion, which could result in some more daring, yet exceptionally good ideas being put on the table.
Posted by The Dake Page at 9:01 PM No comments: