I recently received the attached envelope in the mail (above). As you can see, it clearly says "Fairfax County Income Tax Authority" on the top. It also has "Notice: Your new Fairfax County Income Tax Payment is Due."
Is it possible not to assume this is some sort of tax bill from the County? So obviously people will open it.
Only to find a negative campaign ad accusing the Democratic candidate for State Senate of creating a new income tax. Clearly this is false, misleading, and deceptive. After searching for the ad for some attribution, I finally found a small notice on the back of the envelope saying it was Authorized and paid for by Cuccinelli for Senate. This actually was the third ad I had received (not counting the TV commercial I saw last night) accusing the opponent of raising taxes (something she had no power to do as a member of the county school board). The previous ads were merely annoying and obviously trying to scare the voters. This one actively deceived.
Frankly, I had not decided on for whom I would vote in the upcoming election. But I now know that I could not possibly vote for Cuccinelli (the incumbent) because he purposely attempted to mislead and deceive the voters with his ads. Think about it - rather than state his own beliefs (presumably anti-tax), he stoops to playing to the fears and inattentiveness of the voters. How can someone vote for a candidate that is so blatantly deceptive?
I shall not vote for Cuccinelli. In fact, I may actively support his removal from office. I prefer integrity.
Posted by The Dake Page at 10:54 PM No comments: Links to this post 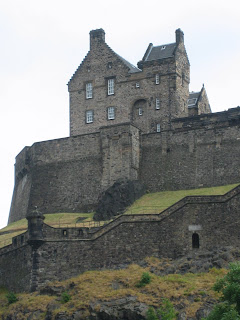 Posted by The Dake Page at 2:03 PM No comments: Links to this post