Is It Time to Shut Down Climate Deniers? 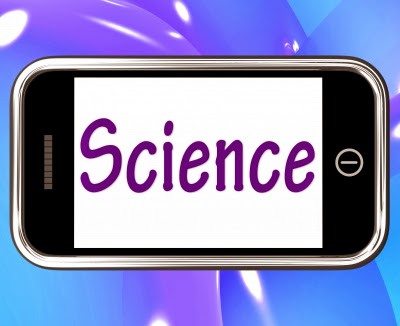 Recently I asked, "Is Climate Denial Dead?" The answer may surprise some. What is clear is those that deny the unequivocal climate science aren't going to give up easily. After all, they have massive vested interests in misrepresenting the science: the fossil fuel industry has an interest in protecting the externalization of costs that gives them such extraordinary profits; the right wing/libertarian groups have an interest in protect their members' desire to be unburdened with the costs of regulation that protect human health and the environment; and the climate denier lobbyists have an interest in, well, continuing to get paid to misrepresent the science just as they have been in denying smoking causes cancer, CFCs widened the ozone hole, smokestack emissions caused acid rain, and every other denial of science they have been paid to "manufacture doubt" on over the years. [FYI, see here and here]

Which gets us to an interesting development in the world of public relations, PR. These firms can be considered an amalgam of law firms, lobbyists, and advertising agencies. Their objective is to "sell" whatever idea their clients want the public to believe. They shape public opinion, which the wide swings in political polls demonstrate are extremely malleable. As the Guardian has noted:

Public relations firms have played a critical role over the years in framing the debate on climate change and its solutions – as well as the extensive disinformation campaigns launched to block those initiatives.

But its seems PR firms may have decided that misinforming the public on climate science, i.e., being a party to climate change denial, is no longer in their best long-term interests. It certainly isn't in the best interests of their families, their businesses, or their countries. At least ten of "the top 25 global PR firms" have publicly stated that "they will not represent clients who deny man-made climate change." This includes such big names as WPP, Waggener Edstrom (WE) Worldwide, Weber Shandwick, Text100, and Finn Partners. Edelman, which was singled out by the Guardian in their first article as not committing to deny the deniers, did apparently agree in a follow up Guardian article.


This follows on the heels of a recent decision by the BBC to stop giving air time to climate deniers. Perhaps this is a growing trend.

Of course, those very same deniers of climate science will wildly scream that the system is being unfair to "opposing views." But like everything else climate deniers profess, it isn't true. Science grows from its inherent skepticism. Rather than suppress alternative hypotheses, science embraces them. Any research that suggests a conclusion different from previous research is enthusiastically challenged by other scientists. The entire idea of science is to try to pick away at any hypothesis proposed to explain our observations. Hypotheses that don't hold up are discarded and the search continues. But when that hypothesis stands up to all that scrutiny, usually over many years, hundreds of other studies, and millions of data points, it can become the established understanding.

Climate science deniers, of course, can do scientific experiments, publish in scientific journals, and present at scientific conferences. But they don't. Instead, they misrepresent other people's research, publish opinion pieces in business magazines, and saturate the blogosphere with falsehoods and misrepresentations. Climate science deniers don't offer opposing science, they offer opposition to the very idea of science. They offer political opinion that is contradicted by the science.

So it is a good thing if PR firms and media outlets refuse to give air time to climate science deniers and other deniers of science. Honest debate can only occur when deniers of science are no longer allowed to pollute the debate with repetitions of known falsehoods. Which is what they do.

Meanwhile, climate science continues to grow our knowledge. Every year we collect millions of new data points. And those data tell us unequivocally that human activity, primarily our burning of fossil fuels, is warming our planet. There are serious ramifications to this scientific fact. The debate is over what steps to take to deal with the science, not the science itself.
Posted by The Dake Page at 9:38 AM No comments: Links to this post