Googling the Internet - How Climate Deniers Get Their "Science" 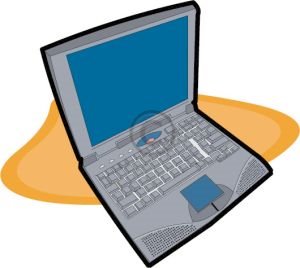 Often, on the internet, you'll find a breed of amateur climate denier who, to be kind, boggles the mind. Some time ago one such person left a series of comments adamantly avowing that I was uninformed about climate science. With what turned out to be irrational self-confidence he asserted that he was more informed than I and could demonstrate "the truth" about the science by simply “Googling the internet.” Always curious, I asked for examples.

After a few days of requests he finally admitted that he was “doing some research in his spare time to find some urls” that would prove that there were thousands of climate scientists out there who disagreed with the scientific consensus. A week later he finally returned with his examples - a list of “urls” that he had trouble posting because they kept getting cut off from the screen view (so much for technical expertise).


Before taking a look at the “urls” he posted, let’s stop for a second and examine what we have so far, which, frankly, is a lot of exclamation without much of a point. Scientists who study climate are considered to be uninformed, and amateur denialists know this is true because they can “google the internet.” Yet, despite boasting of superior knowledge, it appears there hasn’t actually been much googling going on prior to all that boasting.

Okay, so we have someone who feels that all one needs to do is a quick Google search to find scads of valid scientific information from climate scientists who disagree with the scientific consensus. And voila (a week later), we now have a list of URLs. In fact, 30 URLs were offered that, individually and cumulatively, could supposedly demonstrate that thousands of climate scientists refute the scientific consensus. One might assume this was an impressive list except for one major drawback - lack of science. What he provided was simply a jumble of miscellaneous links to blogs, newspaper articles, and a fraudulent fake survey. In technology terms, this is what is called a "data dump," or more accurately, a "Google and Go." To give you an idea of this treasure trove of information, the 30 URLs break down as follows:

- 4 cite Senator Inhofe/Mark Morano’s “Minority Report,” a compilation of highly edited snippets mostly from a variety of politicians, lobbyists, and scientists in other fields with no actual climate research knowledge

- 6 cite the Oregon Institute of Science & Medicine (OISM) “petition project,” the fraudulent list of undocumented people who signed a one-paragraph pledge based on a faked article produced by a survivalist book seller

- 1 cites the hastily constructed “Climate Swindle” movie by Martin Durkin, who admitted to rather sketchy misrepresentation of the data and state of the science

So 30 URLs, all but one to blogs and online newspapers and fake lists of mostly non-scientists.  That’s it. That’s the sole result of a week of “Googling the internet” to come up with "thousands of scientists" who disprove man-made climate change.

All of this explains why the professional climate denier organizations spend so much time writing Op-Eds, supporting misinformation blogs, and attacking scientists despite knowing that their misinformation will be immediately debunked. Because they know most amateur climate deniers either don't care about the science or simply don't bother to understand it (or, usually, both). Falsehoods and misdirections will still saturate the internet long after they've been found lacking in accuracy or honesty. Doubt is their product. And they know how to sell it.

Future posts will continue this series exposing climate denialism. Stay tuned for more of the tactics and tall tales of the climate denial industry.